Torrance Coombs is a Canadian-American actor plus model. He is dating Sloane Avery. 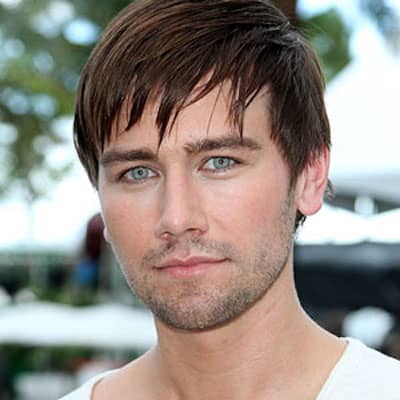 What is the relationship of Torrance Coombs?

Torrance Coombs is currently in a relationship. He is dating an actress named Sloane Avery.

Previously, he exchanged vows with Alyssa Campanella. His ex-wife is an actress plus fashion model and they started their affair in 2010.

After five years in June, this couple exchanged rings and walked the aisle on 02 April 2016. Everything was going well until 2019 when their separation news surfaced on Twitter.

Then in the same year in Feb, they officially divorced each other.

Who is Torrance Coombs?

Torrance Coombs is a Canadian-American actor plus model. He is known for his popular characters in Reign (2013), Battlestar Galactica (2004), and Endgame (2011).

His upcoming movies titled Little Angels and Around Robin are under the post-production stage. He has also shown his talents in theatre productions such as A Little Night Music.

His birthdate is 14 July 1983 and he was born in Vancouver, British Columbia, Canada. The name of his mother is Charlotte Coombs and his father’s identity is unknown.

Torrance’s ancestry is Caucasian and is the only child.

As per his academics, he first attended University Hill Secondary School and then the University of British Columbia. But from the latter, he achieved a degree in acting.

Torrance Coombs started his acting career in 2005 by appearing in a short film of Judy’s Comeuppance. For his other short film, The Familiar (2009) as Sam, he was nominated for the Leo Award.

His other popular big-screen projects are,

Moreover, Coombs is also featured in several notable TV series. His acting in Reign as Sebastian “Bash” de Poitiers has led him to several nominations.

As of 2021, his net worth is estimated at around $1 million US. His yearly salary from his career is not revealed.

Also, he once promoted brands such as The Art of Shaving and Hôtel Place d’Armes.

This actor of Reign is keeping himself away from rumors and desperate scandals.

Torrance Coombs’s height is 6 ft and his body weight is 80 kg. Similarly, he has blue eyes plus his hair color is light brown.

Torrance is available on social sites. But his Instagram and Twitter accounts are with over 458k and 153k followers respectively.