Updated On January 26, 2023 | Published By: shahid | In Child , Lifestyle , Relationship
Share this 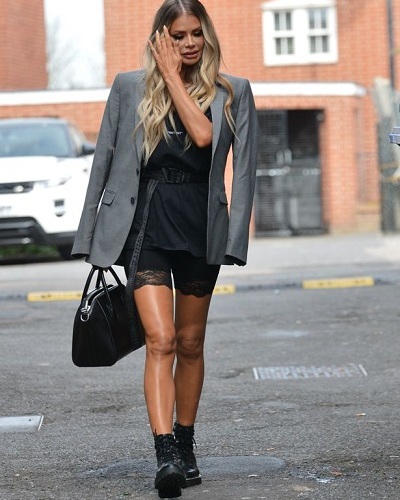 Chloe Sims and her baby daddy

Chloe Sims, 36 has a daughter named Madison, but she had never revealed the details and pictures of her daughter’s biological father.

She celebrated Madison’s 14th birthday with pomp this Thursday night at Bloc40 in Brentwood, Essex. Chloe shared a video clip of the great day’s celebration on her social video and gave her fans a brief glimpse of Madison’s father.

Additionally, she called her fans jokingly ‘nosy fuckers’ since they always asked her how her daughter’s father looked like.

“So lots of people have always been interested in who is Maddie’s dad, well, here he is…”

The birthday party was attended by a number of her TOWIE co-stars which included Liam ‘Gatsby’ Blackwell, Tommy Mallet, and Georgia Kousoulou.

Chloe Sims and her previous talk about Madison’s dad

Chloe is exceptionally private about her personal life and romance. She had talked about Madison’s father in the past but never given away his details or picture.

Furthermore, Chloe said that she was with Madison’s father for seven years but when they split, it was like a brother and sister.

‘I was with Maddie’s dad, Matthew, for seven years, but we ended up like brother and sister and that isn’t what I want.

‘I’ve only ever been in love once and that wasn’t with Madison’s dad. It was with the most amazing man I ever met – he was so funny with perfect looks. I really fancied him.

‘She [Madison] has a good relationship with her dad. I’m very close to her dad’s parents. People who love her surround her.’

However, they are now on good terms and Chloe still has close ties with his family.

Chloe is single now. But, she was dating Dan Edgar for sometime before they split.

Chloe Sims and the birthday pictures

Chloe uploaded several pictures of the evening on her Instagram. It was indeed a great event with Victoria’s Secret cupcakes, a personalized mocktail menu and also a tiered cake which was complete with sparklers on it. In the party, there was also a doughnut wall, a large oversized light-up 14 and a DJ deck.

Chloe was her best in a plunging black leather jumpsuit which she had kept unzipped in front to show off her skintight white vest top.

She covered her feet in a pair of black biker boots. She was wearing a silver cross necklace. Chloe has styled her blonde balayage locks into a ponytail. She was in a glamorous makeup.

The birthday girl was in a pair of leather leggings with a silver sequinned blazer.

Chloe Sims is an English television personality, glamor model, and entrepreneur. She is popular in the world for portraying her appearance in ITV2 reality series The Only Way Is Essex. More Bio…