Trace Adkins is an actor, country singer. Trace is married and the father of five. 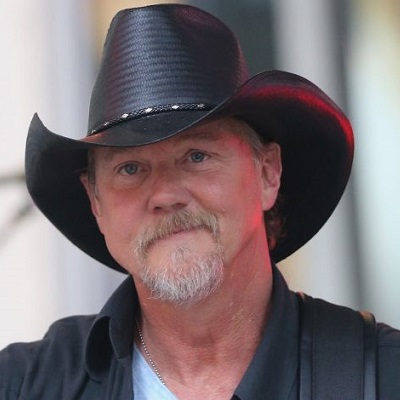 I don't do the same show on any two nights.

It's great to be able to get up there now and do an hour or 75 minutes of songs they're familiar with.

Adkins was married to his third wife, Rhonda Forlaw. The couple met back in 1996 and shortly after dating some years the two exchanged their wedding vows. The couple is blessed with three daughters: Mackenzie Adkins, Brianna Adkins, and Trinity Adkins. The couple divorced due to irrecoverable differences after 17 years of marital affair.

Previously, he married to Barabara Lewis in 1981 and welcomed two daughters: Tarah and Sarah. Both of them are now grown up and engaged in their respective professions. However, the couple failed to take their relationship for a lifetime and Trace filed a divorce from Barbara in 1995.

After a year, he began dating another woman with whom he later married. However, he has hidden information about the mysterious woman. However, after exchanging the wedding vows, the pair got divorced.

Who is Trace Adkins?

Trace Adkins is an American country singer and actor who has topped the Billboards charts more than twenty times with hits songs like Ladies Love Country Boys.

Likewise, Trace has appeared as a panelist on Hollywood Squares. In addition, he made his appearance on the PBS music program Austin City Limits season 23.

He was born on January 13, 1962, in Sarepta, Louisiana. He was born to Aaron Doyle Adkins who was a mill worker, and the former Peggy Caraway.

Trace grew up along with his two brothers Clay Adkins and Scott Davin Adkins. Unfortunately, his brother, Scott died at the age of twenty-one in a pickup truck accident near Plain Dealing in Bossier Parish.

He was very interested in music and thus in high school, he joined the gospel music group. He was also a member of the FFA.

Trace holds American citizenship but his ethnicity is a mix of English, some Scottish, distant Welsh.

Initially, he attended Sarepta High School for his high school education and later he attended  Louisiana Tech University but never got graduated. Later, he went on to work on an oil rig. Adkins then for a couple of years played in honky-tonk bars in the Ark-La-Tex area and then moved to Nashville, Tennessee.

He went on to meet Rhonda Forlaw in 1994 who was an executive at Arista Records Nashville. Therefore, he went on to be associated with the Capitol Nashville which signed him.

Adkins released his first single named There’s a Girl in Texas which went on to reach the list of The top 20 on the Billboard Hot Country Singles & Track chart.

After that, he has released many studio albums like Dreamin’ Out Loud, Big time, Chrome, Comin’ on Strong, Songs About Me and many more.

Moreover, he has made his appearances in films like An American Carol, Lifted, The Lincoln Lawer, Wyatt Earp’s and moms’ night out to name a few.

He signed with Broken Bow Records on April 6, 2015, under the Wheelhouse imprint and became the first artist that signed to the label’s new imprint, Wheelhouse Records.

In addition, he appeared on TV series like King of the Hill, Celebrity Apprentice and To Appomattox as character John Gregg.

Moreover, he began hosting his own SiriusXM radio show on March 15, 2015.

Trace has been nominated in Grammy – Best Male Country Vocal Performance in 2008, and Grammy – Best Country Song in 2008. He has won three ACM Awards and two CMT Awards.

Adkins was in an automobile accident at the age of 17 in which his 1955 Chevrolet pickup truck hit a school bus head-on. At that accident, he broke some ribs, punctured both lungs and his nose was partially torn off.

He was being shot by his second ex-wife Julie Curtis in 1994 and the bullet went through his heart and both lungs. However, he survived and chose not to press charges. Later. they got divorced after 3 years.

He has an estimated net worth of around $19 million and he has earned that sum of money from his professional career. As per CNN, he lost his home to fire but his three young daughters were saved. There are no further details about Trace’s assets and property.