Tracee Ellis Ross rejects societal pressure of getting married and having children!

Posted by MarriedBiography Posted on May 23, 2021 | In Married , Net Worth , Relationship
Share this 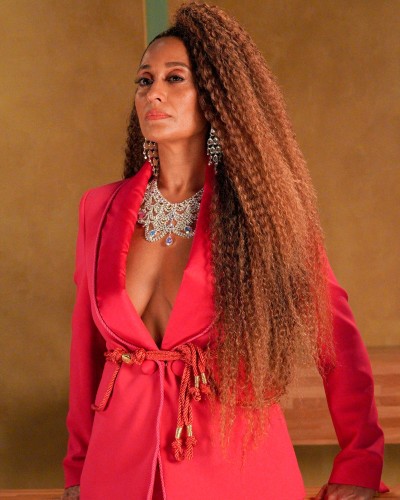 She has no damn to give to the societal expectation and living her life happily. Recently she did an interview with Marie Clare where she revealed the societal pressure placed on her to get married and have children. Even though she wants to have a large family but is living her dream life being single.

“Our society spoon-feeds it to you. I used to put myself to sleep dreaming of my wedding. And I would still love all of that, but what am I going to do, just sit around waiting? Shut up. I’ve got so many things to do.”

She is busy with her new projects, appointments, and new music albums. Ross considers pursuing a singing career.

Also read An open letter from Tracee Ellis Ross to her co-star Yara Shahidi is way too appreciable. Check it out here

How much is Tracee’s net worth?

Tracee has an estimated net worth of $16 million. During the first season of Black-ish, she made around $60,000 per episode. Her salary was increased to $200,000 per year which made her around $4.4 million per season. Her film work includes The High Note, Little, Labor Pains, Daddy’s Little Girls, I-See-You.com, Hanging Up, Sue Lost in Manhattan, and Far Harbor.

Ross lives in a lavish Los Angeles home which she flaunts on her Instagram. The house consists of carefully curated artworks and furniture. Likewise, her dining room consists of a large glass table, zebra-print chairs, and a cluster of hanging straw hats. Her house consists of four lemon trees that yield huge lemons.

She is an actress and producer known for Girlfriends, Black-ish, and Reed Between the Lines. Read more bio…