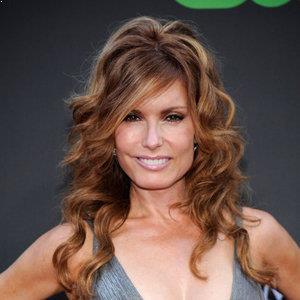 They separated in 2010. The couple has two sons from the marriage, Austin Recht, and Landon Recht. Presently, she is in a relationship with Ari Soffer.

Who is Tracey E. Bregman?

Tracey E. Bregman is an American actress. People know her for her portrayal of Lauren Fenmore on ‘The Young and the Restless’. Additionally, she also appeared in ‘The Bold and the Beautiful’.

Bregman was born in Munich, Germany on May 29, 1963, to parents Suzanne Lloyd and Buddy Bregman. Suzanne is an actress and Buddy is a musical arranger, record producer, and composer.

Throughout most of her childhood years, she grew up in Great Britain and later, her family relocated to California. She became interested in the world of acting since her childhood years. She is of American nationality. Additionally, there is no detailed information available regarding her ethnic background at present.

Talking about her education, there are no details relating to Bregman’s educational background.

Tracey E. Bregman initially made her screen debut as Donna Temple Craig in ‘Days of Our Lives’ in 1965. In 1978, she appeared in the TV movie ‘Three on a Date’. In 1980, she appeared in ‘The Littlest Hobo’ as Jib. Additionally, she also portrayed the role of Ann Thomerson in ‘Happy Birthday to Me’. Since then, she has appeared in numerous other movies and television series. All in all, she has over 15 credits as an actress.

Some other movies and television series that Bregman has appeared in are ‘Misogynist’, ‘Low Lifes’, ‘Spyder Games’, ‘Sex & Mrs. X’, ‘Gavilan’, ‘The Funny Farm’, ‘The Family Tree’, ‘The Fall Guy’, ‘Fame’, ‘The Concrete Jungle’, and ‘The Love Boat’ among others. Furthermore, she has also launched her own yoga-inspired clothing line ‘Bountiful Buddha’.

Bregman has garnered the Daytime Emmy Awards nominations a total of four times. She won the award in 1985. Additionally, she has also garnered the LAIUFF Award, OFTA Television Award, and Soap Opera Digest Award nominations.

Bregman has not revealed her current salary. However, she has an estimated net worth of around $ 7 million at present.

Tracey E. Bregman has successfully kept her life away from the mainstream media spotlight. Till date, she has not been part of any notable controversies. Additionally, currently, there are no rumors concerning her life and career.