Traci Bingham is an American actress, television personality, and model. Bingham is currently believed to be single.

Traci Bingham initially had a brief relationship with American Rapper Da Brat. In 1991, she dated American actress Mark Wahlberg. She was married to American actor Robb Vallier for 3 years.

More recently, she was in a relationship with John Yarbrough. They started dating in 2003 and after 8 months were engaged in September 2003.

Seeing by her social media posts, Bingham is currently believed to be single. 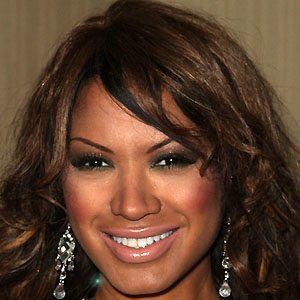 I can't live without my beauty products. I love to be in my bathroom with my candles lit, morning, noon and night. I like taking hot baths and hot showers, using my body scrubs and lotions.

Who is Traci Bingham?

Traci Bingham is an American actress, television personality, and model. People mostly know her for her role as Jordan Tate on the television series ‘Baywatch’.

Additionally, she has appeared in other several movies and television series including ‘Black Widow’ and ‘Girlfriends’.

Bingham was born in North Cambridge, Cambridge, Massachusetts on January 13, 1968, to parents Lafayette Bingham, an aircraft technician, and Betty, a librarian.

Talking about her education, Bingham attended and graduated from Cambridge Rindge and Latin School in 1986.

Traci Bingham initially made her screen debut with a role in ‘The Fresh Prince of Bel-Air’. Additionally, in 1995, she starred in the movie, ‘Tales from the Crypt: Demon Knight’.

Later in 1995, she was cast in ‘Dream On’ and ‘Campus Cops’. In addition, in 1996, Bingham had roles in ‘Married with Children’, and ‘Exposed Too: TV’s Lifeguard Babes’. Since then, she has appeared in numerous other movies and television series. All in all, she has over 30 credits as an actress.

Some other movies and television series that Bingham has appeared in are ‘Forever Plaid’, ‘Hanging in Hedo’, ‘Reno 911!’, ‘Girlfriends’, ‘The Proud Family’, ‘Bad Bizness’, ‘Rock Me, Baby’, ‘Black Scorpion’, ‘The Private Public’, ‘BattleBots’, ‘Strip Mall’, ‘The Parkers’, ‘Malcolm & Eddie’, ‘Exploring the Fantasy’, ‘The Dream Team’, ‘D.R.E.A.M. Team’, ‘Foolish’, ‘Beach Movie’, and ‘Sin City Spectacular’ among others.

She has won the Festival Prize in Stories by the River Film Festival for ‘East of Hollywood’ in 2016. She shared the award with her other co-actors.

This actress has not revealed her current salary. However, she has an estimated net worth of around $3 million as of 2022.

Bingham became part of a controversy after police reportedly escorted her out of Fenway Park after she allegedly had trouble paying the bill after she and five spirited friends enjoyed drinks and shots.

At present, there are no rumors concerning Bingham and her career.

Talking about her body measurement, Traci Bingham has a height of 5 feet 7 inches (1.7 m). Additionally, she weighs around 55kg. She has a measurement of 36-22-32 inches.

Furthermore, her hair color and eye color is dark brown.

Bingham is active over social media. She has a huge number of followers on social networking sites such as Instagram, and Twitter.