Updated On January 29, 2023 | Published By: pritishma pradhanang
Share this
Single 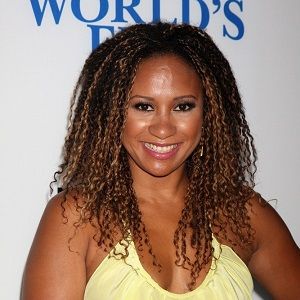 I think theater will always be my first love. Ive been doing it since I was nine, and theres nothing quite like being on stage, having the immediate intake of energy and exchange of ideas

People can graduate from beauty school and know everything about white hair and nothing about African-American hair.

What is the relationship of Tracie Thoms?

Tracie Thoms is a beautiful woman and has a great personality besides her attractive look she is still single in her personal life. She has not thought about her love, life partner.

But moving towards her past, she had been dating to Rosario Dawson in 2006. There are no records of children. There is no record of her marriage or divorce from any sources.

Who is Tracie Thoms?

She has appeared in the role in Rent, Cold Case, The Devil Wears Prada, Death Proof, and the short-lived Fox television series Wonderfalls which made her famous.

Tracie Thoms was born on 19th August 1975 in  Baltimore, Maryland, USA. She is the first daughter of  Donald Thoms(father) and Mariana Thoms (mother).

She has a brother named Austin Thoms. Her nationality is American and her ethnicity is African-American. Her grandparents were Henrietta Austin and McKinley Thoms.

She started her acting life at the age of 10 and continued her acting field at Baltimore School for the Arts. She had taken her degree in fine arts from Howard University in 1997.

Then she attended the Juilliard School’s Drama Division as a member of Group 30 from 1997–2001, with the actors like Lee Pace and Anthony Mackie.

Tracie Thoms started her career when she had completed her graduation and put her first step on the television show, ”Waterfall”, “As if”, ”Cold Case” and appeared as a guest in ” Law & Order” and ”The Shield” till 2003.

After 2003, she appeared in TV series as well as in film.  Her first film is ”Brother to Brother” which was released in 2004.

Tracie Thoms: Salary and Net Worth

She was very hard working and her net worth is $1 million as of 2022, but her salary is not revealed yet.

Unlike other celebrities, Tracie Thomas hasn’t suffered from any rumors or controversy. Through any sources, her Rumours and controversy are not known to us.

Tracie Thoms has a height of 5 feet 5 inches. Her body weighs 58kg. She has dark brown hair and brown eyes.