Tracy DiMarco is an American actress as well as a reality TV star. She is possibly single.

Tracy DiMarco’s relationship status is divorced and possibly single. She has not shared the details regarding her current boyfriend or affair.

But in the past, he exchanged vows with Corey Epstein on 30 Aug 2013. Her ex-husband is a TV star who appeared in Jerseylicious and they married on the show’s 6th season.

Together this former couple has three children. Their two daughters are Skylar James (b. 2015) and Jayden Gene (b. 2016) and their son is Julian (b. 2018). Julian is deaf by birth and went through cochlear implants.

But as of now, Corey and Tracy are no longer together. They separated in 2019 and their divorce was finalized in April 2021. She shared a social media post saying that she is finally separated. 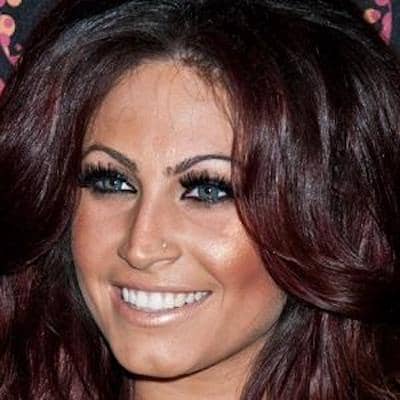 "I decided (after many many sad twists of events) that I would be better for them if I removed myself from this marriage and filed for divorce. One of the hardest things I’ve ever had to do because I felt like I failed them but seeing how much happier has empowered me to be the best version of myself for them,"

Who is Tracy DiMarco?

Tracy DiMarco is an American actress as well as a reality TV star. Tracy DiMarco is known for her appearances in Jerseylicious (2010), The Dish (2008), True Hollywood Story (1996), etc.

For only three episodes, she was featured in Bethenny (TV Series).

Her birthdate is 14 Nov 1987 and she was born in Summit, New Jersey, the United States. The name of her mother plus her father is not yet mentioned.

Further, Tracy’s ancestry is Caucasian and as per her academics, the details are still closed.

Tracy DiMarco is mostly recognized for seeing in a reality TV series Jerseylicious from 2010 till 2013. The show was aired on the Style Network in March 2010 and it ran for six seasons for 112 episodes.

By the sources of 2022, she has around $400 thousand of net worth. But her annual salary and other earnings are behind the curtain.

As of now, this reality show’s actress is not surrounded by any rumors or scandals.

Tracy DiMarco has an average height and her body weight is also in decent shape. Furthermore, she has dark brown eyes and has black hair.

Tracy is present on several social sites. On Instagram and Twitter, she has more than 528k and 110k followers respectively.