Tracy Morgan is an American actor. He is currently single.

Tracy Morgan is currently single. He exchanged vows with Megan Wollover. Megan is an actress and producer. She is known for Unholy Roller and Entertainment Tonight.

In September 2011, Tracy revealed that he and Megan got engaged six months ago in San Francisco. They married on 23rd August 2015.

Together, they have a daughter Maven born on 2nd July 2013. However, this marriage is coming to an end as this couple is now separated.

Previously, Tracy married Sabina in 1987, when he was in high school.

They have three sons, Tracy Morgan Jr., Gitrid Morgan, and Malcolm Morgan. He credits one of his sons for helping him battle with alcoholism.

He filed for divorce in August 2009 after being separated for eight years. 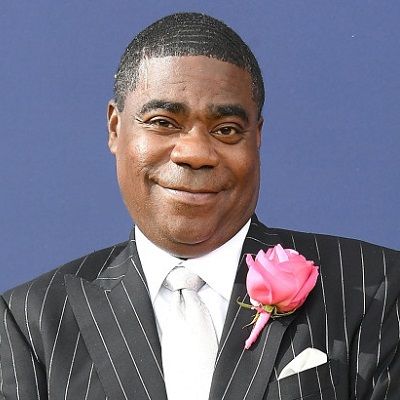 You get somebody to crack a smile, that's a beautiful thing. So I think all comedians are earning their wings into heaven. We're all going to heaven, but everybody's not going to get their wings. Some people are just going to be regular angels. Doing cleanup, janitor work. In heaven, I'm going to sit on the couch with Oprah.

I love her, because she helped me understand my voice, and helped me find who I was, and she's always encouraging me.

Who is Tracy Morgan?

Tracy Morgan is an American actor. Tracy is a well-known comedian and voice actor. He is best known for being the cast of Saturday Night Live on seven seasons.

Tracy Jamel Morgan was born on 10th November 1968 in The Bronx, New York, US. He is the son of Jimmy Morgan, Sr., and Alicia Warden (mother). He has All-American ethnicity.

His father was a musician who returned from military duty in the Vietnam War as a recovering heroin addict. He died in November 1987 at the age of 29 from AIDS.

His father named him Tracy after one of his platoon mates who shipped off to Vietnam with him and was killed in action days later.

He has four siblings among which Jimmy Morgan, Jr. and Asia Morgan are two of them.

In the year 1996, he was diagnosed with diabetes and he has struggled with alcohol abuse for years.

He received a kidney transplant in early December 2010 due to diabetes and alcohol intake.

On 7th June 2014, he was a passenger in a Mercedes Sprinter minibus involved in a six-vehicle crash in New Jersey. The vehicle was struck from behind by a tractor-trailer operated by Walmart, causing a chain reaction crash.

There were other fellow comedians of Morgan among which one of his friends James McNair got killed.

Tracy Morgan made his screen debut on TV by playing Hustle Man on Martin. He was a regular cast of Uptown Comedy Club and was on the HBO series Snaps.

On 20th October 2009, his autobiography, I Am the New Black. It included stories about living in Tompkins Projects in Bed-Stuy, Brooklyn, to becoming a cast member on Saturday Night Live.

In 1996, he played the role of a Bartender in the movie, A Thin Line Between Love and Hate. His other movies are Half Baked, Bamboozled, How High, Jay and Silent Bob Strike Back, and many others.

Some of his recent movie roles are in Why Stop Now, Accidental Love, Fist Fight, The Star, What Men Want, and others.

He purchased a Bugatti Veyron for $2 million US.

This actor has not been in any desperate scandals or rumors. However, his split with his spouse, Megan has caught the attention of the media.

Tracy Morgan has dark hair and brown eyes. He is 5 feet 8 inches tall and weighs around 84 kg.