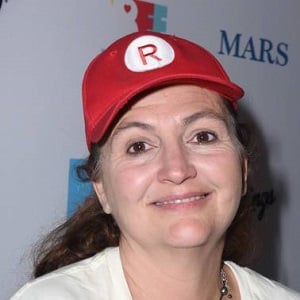 Tracy Reiner is a married woman. She is married to Matthew Theodore Conlan. The pair has five children together including Bella Conlan. The couple’s marriage is going strong as there is no news regarding any extramarital affairs at present.

Who is Tracy Reiner?

Tracy Reiner is an American actress. People mostly know her as the daughter of filmmaker Penny Marshall. Tracy Reiner has appeared in movies including ‘When Harry Met Sally…’, ‘A League of Their Own’, and ‘Masque of the Red Death’ among others.

Reiner was born in Albuquerque, New Mexico as Tracy Henry on July 7, 1964. She was born to parents Penny Marshall and Michael Henry. Her biological father Michael was a college football player. However, her parents separated a few years after her birth.

Later, her mother married Rob Reiner, who adopted her and raised her. on July 7, 1964. Tracy was exposed to the world of acting since her childhood years. She is of American nationality. Furthermore, she belongs to a mixed ethnic background of Irish, Scottish, and English.

Talking about her education, Reiner attended Colfax Avenue School. Additionally, she majored in The History of Storytelling from Bennington College. She studied in different places like New York, Mexico, etc.

Reiner initially had minor roles in the TV series ‘Laverne & Shirley.’  In 1984, she appeared as Polly in the movie ‘The Flamingo Kid.’ She also had the role of Alison’s Friend in another movie ‘The Sure Thing’ in 1985. Since then, she has appeared in numerous other movies and television series. All in all, she has over 30 credits as an actress.

Some other movies and television series that Reiner has appeared in are ‘Chloe and Theo’, ‘Valentine’s Day’, ‘State’s Evidence’, ‘The Princess Diaries 2: Royal Engagement’, ‘Raising Helen’, ‘Saved by the Rules’, ‘Riding in Cars with Boys’, ‘The New Women’, ‘Straight Right’, ‘The Other Sister’, ‘That Thing You Do!’, ‘Ted & Venus’, ‘Frankie and Johnny’, ‘Pretty Woman’, ‘Masque of the Red Death’, and ‘New Year’s Day’ among others. In addition, Reiner also has 3 credits as a producer.

Reiner has not been linked with any award nominations in her career.

Reiner has not revealed her current salary. Furthermore, there are no details available about her estimated net worth at present.

Reiner has not been part of any notable controversies in her career. Furthermore, at present, there are no rumors concerning her life and career.

Talking about her body measurement, there are no details available about Reiner’s height and weight. Her hair color and eye color is dark brown.