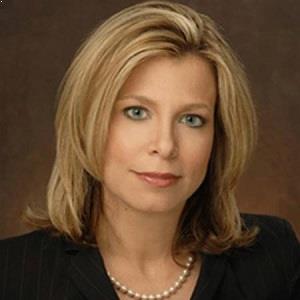 Tracy Smith is a married woman. She is married to ‘CBS Sunday Morning’ producer John D’Amelio. The pair has two children. She gave birth to twins in the year 2008 on the 19th of March.

There is no information regarding any relationships prior to her marriage. The marriage seems stable as no news regarding any extramarital affairs is known at present.

Who is Tracy Smith?

Tracy Smith is a correspondent for ‘CBS Sunday Morning with Jane Pauley’ and ‘48 Hours’. Furthermore, she is a former Channel One News anchor and correspondent.

Tracy was born in Wyoming, the United States in 1966. Most of the information regarding her early life and ethnicity is missing at present.

Currently, there is no information regarding her mother but her father’s name is Floyd William Smith. She is of American nationality.

Furthermore, she also earned a master’s degree in broadcast journalism from the University of Southern California in 1993.

Initially, Tracy Smith was a part-time reporter for KERO-TV, the CBS affiliate in Bakersfield, Calif. Later, she became an anchor and reporter for Channel One News. There, her series of reports on teens in abusive relations earned her a Golden Hugo from The Chicago International Film Festival.

In addition, she also reported on the rise of neo-Nazis in Germany, Yitzhak Rabin’s assassination in Israel, the civil war in Southern Sudan, the war in Chechnya, the long-ranging effects of Chernobyl, and also the aftermath of genocide in Rwanda.

In 2000, Tracy joined the CBS News. She served as a national correspondent for ‘The Early Show’. Furthermore, she also co-anchored the ‘Saturday Early Show’ and has reported on a variety of topics for the ‘CBS Evening News’. She has covered major national and international news events like the Sep 11 terrorist attacks, Hurricane Katrina, the Winter Olympics in Torino, Italy, and the 2008 presidential campaign.

Her report on the topic of bullying was critically-praised. She also became part of the team that won an Emmy for ‘Caught,’ the 48 Hours broadcast about the Boston Marathon bombing.

On ‘CBS Sunday Morning’ she has covered news including the arts, pop culture, and celebrity interviews such as pop star Kelly Clarkson, rapper and entrepreneur 50 Cent, and actor Michael Douglas. In addition, she has also reported such diverse topics as medical breakthroughs in treating pediatric cancer, efforts to control the mosquito population, and couples choosing to go childless.

Tracy has not revealed her current salary. Furthermore, there is no information regarding her net worth at present.

Currently, there are no rumors concerning Tracy Smith. Furthermore, she has kept her personal life far from the mainstream media and has not been involved in any notable controversies to date.

Talking about Tracy Smith’s body measurement, there is no information available to us at the moment. She has blonde hair and blue eyes.

The famous old series, Diagnosis: Murder, an existing love for the Van Dyke family! Let us find out where are they now!