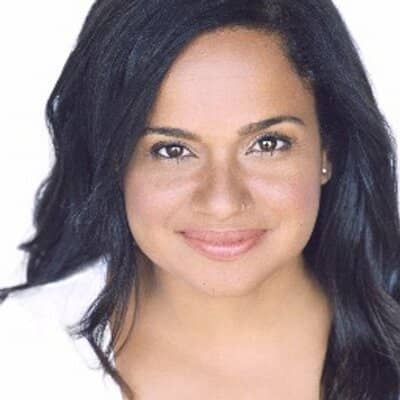 Tracy Vilar is living a blissful conjugal life. She is married to Eric Daniel on the 2nd of September 2000.

The beautiful couple together has two children. However, she keeps a quite low-key profile of her husband and children.

Who is Tracy Vilar?

Tracy Vilar is an American actress. She rose to fame for her role as Ro-Ro on the CBS sitcom Partners, Sophia Ortiz on The WB sitcom, The Steve Harvey Show, and Angela deal Cruz on the TNT television show, Saved.

Presently, she is starring in the lead role of Yolanda on the Netflix series, Maid.

Tracy was born on the 12th of April 1968 as Tracy Leigh Vilar. According to her birth date, she is 53 years old. He hails New York City, U.S. His Zodiac sign is Sagittarius.

The name of his parents is Richard Vilar (father) and Sarah L Vilar (mother). She has also a sister named Kelly Vilar. Kelly is a CEO at Staten Urban Center. Further, her academic background is under the curtains at the moment.

She holds an American nationality whereas her ethnicity is unknown.

Tracy landed in the acting industry in the year 1994. That year, she made her television debut through the TV movie, The Cosby Mysteries as Cop. She also appeared in cameo roles in the crime film, Fresh and the semi-autobiographical film, Crooklyn. Vilar got her career break in 1996 when she was cast on The WB television sitcom, The Steve Harvey Show as Sophia Ortiz.

The actress hasn’t been part of any sorts of rumors and controversy till now.

Tracy might have accumulated an impressive amount of wealth throughout her career. As of now, she hasn’t revealed her exact net worth, salary, and other earnings in the media.

Talking about Tracy’s physical appearance, she has a brown complexion. Likewise, she has a dark brown pair of eyes and her hair color is black.

The measurement of her height, weight, and other body stats are not available.

The actress is active on Instagram where she has nearly 886 followers. Similarly, she has more than 1.4k followers on her Twitter. However, she doesn’t available on Facebook.