Trai Byers is an actor from the United States who is popular for starring the role of Andre Lyon in the Fox music-industry prime time soap opera, Empire. He is in a relationship with Grace Gealey. 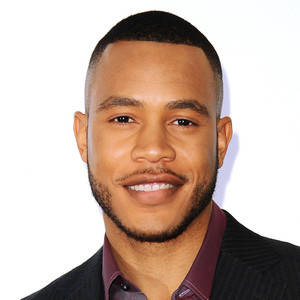 What is the relationship of Trai Byers?

Trai Byers is in a beautiful relationship with his Empire co-star, Grace Gealey. She is an American actress.

Who is Trai Byers?

Trai Byers is an actor from the United States who is popular for starring in the role of Andre Lyon in the Fox music-industry prime-time soap opera, Empire.

He is also remembered for starring in his role in Jayhawkers, Selma, and much more.

Trai Byers was born on July 19, 1983, in Kansas City, Kansas. He moved around from different cities as a kid as his father was in the U.S. Air Force, with the family spent time in the Philippines, among other locales.

He has a sister Brandy Byers. His nationality is American but his ethnicity is unknown.

Similarly, Byers earned an associate’s degree at Andrew College and also attended Prairie View A&M University. Trai Byers went to the University of Kansas, where he received a bachelor’s degree in communications.

After the completion of his college, Byers focused on performing. He got admitted into the prestigious Yale School of Drama where he earned a master’s degree in acting.

He made his acting debut in Caesar and Otto’s Summer Camp Massacre. Byers then joined the cast of the popular daytime drama All My Children in 2011 as Mookie, an abusive ex-boyfriend. The following year, he made the leap to primetime with a role on “90210”, playing a young man with a head for business.

Byers soon moved to the big screen with a role in the independent sports film “Jayhawkers”, portraying musician Nathan Davis in the true-life story of racial integration and basketball at the University of Kansas.

That same year, he enjoyed tremendous success on the small screen, beginning his run as Andre Lyon on the hit drama Empire. He got his rise to fame after he began starring in the role of Andre Lyon on this Fox series, Empire.

The net worth of this actor is calculated to be $1.5 million as of 2022. However, his salary and other incomes are not disclosed yet.

There was once a rumor that Byers wanted to quit his popular series Empire. But later Trai himself turned down the rumors to be false.

He has black colored hair and eyes. Byers has a fit body build and his waist size is 32. He wears a shoe size of 12(US).