Travis Denning is engaged to girlfriend Madison Montgomery after two-and-a-half-years of dating! 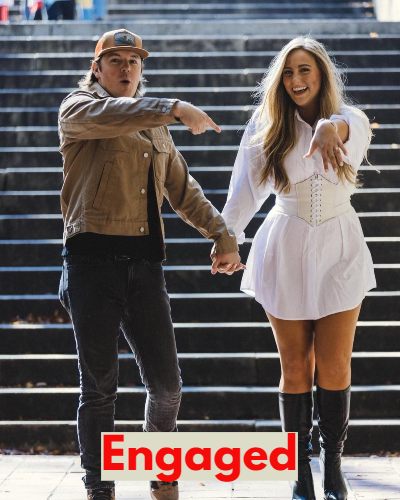 Travis Denning is engaged to girlfriend Madison Montgomery on 30th October 2021 in New York City’s Central Park. He announced the engagement through Instagram and said,

The engagement photos were of the couple in Central Park. Madison also made a post of the engagement.

Travis Denning and Madison Montgomery have been dating each other for two-and-a-half years. It is the longest serious relationship between Travis and Madison. In August, the couple spoke about their next step of the relationship where he revealed he had plans to get engaged. Similarly, he said,

“We’ve definitely discussed those things. I think all of my previous relationships added together are only about a year and 11 months, so this is going really well.”

Their relationship has been going really well and might be getting married soon.

How much is Travis Denning’s net worth?

Travis has an estimated net worth of $1 million. His extended plays are Beer’s Better Cold and Dirt Road Down. His singles are David Ashley Parker from Powder Springs, After a Few, Where That Beer’s Been, and ABBY.

Likewise, his music videos are David Ashley Parker from Powder Springs, After a Few, Tank of Gas and a Radio Song, and Sitting By A Fire.

All about Travis Scott concert controversy that killed 8 people!
Tags : After A Few Singer