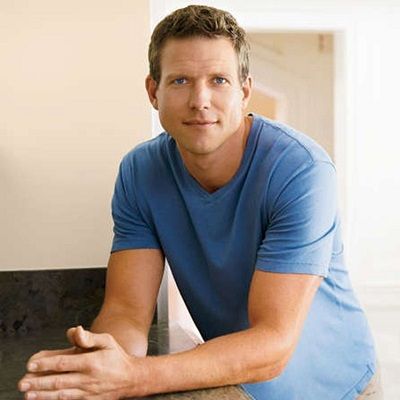 let food be my medicine and not my poison.

The Doctor’s Diet is way more than just an eating plan—it’s a blueprint for a longer, healthier, happier life. It’s everything you need to know to keep yourself OUT of the ER.

Travis Lane Stork is married to his long term girlfriend, Parris Bell. Parris is a Lawyer by profession. They wed on the 3rd of August 2019 in Nashville, Tennessee at a very private ceremony. He shared a glimpse of the wedding on his first month anniversary where Bell is in a beautiful wedding dress.

They celebrated their honeymoon in Hawaii and Costa Rica. Currently, they are expecting their first child.

Previously, he was married to a pediatrician, Charlotte Brown. They married on the 30th of June 2012. However, they parted their ways with divorced on the 25th of March 2015. Prior to that, he was a partner of Sarah Stone for The Bachelor. However, they announced that they were more no together after the show.

Travis is fond of dogs and a foodie by heart.

Who is Travis Lane Stork?

American Travis Lane Stork is best selling author and physician. Stork is renown as the bachelor of the reality TV series, The Bachelor.

He is the host of the talk show, The Doctors.

Travis Lane Stork was born on the 9th of March 1972 in Fort Collins, Colorado, United States. His father, Roger Stork, and mother, Donna Stork are farmers by profession. They are of Britain- Germanic ancestry.

Later, he joined the University of Virginia in Charlottesville and earned a medical degree. In the University was a member of the society, Alpha Omega Alpha.

Travis started his career as a medical residency at Vanderbilt University Medical Center in Nashville. In 2006, during his training period, he appeared in the reality game show, The Bachelor as a contestant. During the season, he paired with schoolteacher, Sarah Stone as a partner. After the show, he completed his residency in the hospital.

In the same year, he appeared in the TV series like The Ellen DeGeneres Show, Jimmy Kimmel Live!, and The Tyra Banks Show. On the 8th of September 2008, he appeared as the host of The Doctors. As the host, he discussed the health issues and answer the questions of the audience along with the three physician panelists from different fields.

Apart from the show, he appeared in the TV series including The River, Rachael Ray, and Entertainment Tonight.

In October 2013, he joined MDLIVE as Chairman and left the organization after two years.

He is an author of several self-help books. Last, in 2016, he published the book, The Lose Your Belly Diet: Change Your Gut, Change Your Life. Prior to that, he launched the book, The Doctor’s Diet: Dr. Travis Stork’s STAT Program to Help You Lose Weight & Restore Health.

Some of his other books include Don’t Be That Girl: A Guide to Finding the Confident, Rational Girl Within, 2010- The Doctor Is In: A 7-Step Prescription for Optimal Wellness, and The Lose Your Belly Diet.

Next, in 2010, he is launching his next book Newly Prescribed Doctor’s Diet.

He has an estimated net worth of $12 million US. His average salary as a physician $146k US or above. He earns $67k US as a TV show host.

As an author, he earns $51k US. Apart from that, he earns through the royalties of his book. He earned $98k US as a chairman.

He is a blue-eyed auburn. His height is 6 feet and 4 inches.