Travis is a BET Hip Hop and Teen Choice Award-winning actor. He has two kids with Kylie Jenner.

Currently, Scott is in a relationship with American model Kylie Jenner since April 2017. The couple has two children.

His girlfriend Kylie welcomed their first child, daughter Stormi in February 2018 and their second child was born on 2nd February 2022.

Scott dated Kylie after she broke up with her ex-boyfriend Tyga.

Back in 2015, he dated Rihanna after they released a track from Rihanna’s album. It was also rumored that Scott had dated his girlfriend’s sister Kendall Jenner too. 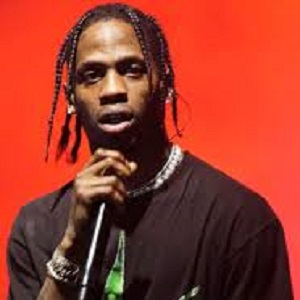 I'm just here for good times, man. I want people to have the best time ever. Especially if they're around me.

There's a lot of us out here that are birds, man. We all need to just fly.

Who is Travis Scott?

Jacques Webster also professionally known as Travis Scott is an American rapper, singer, and songwriter.  Scott is well-known for his albums and 2 mixtapes which he released at the age of 25.

Justin Bieber’s album ‘Purpose’ was one of his supreme works. At present Scott is involved in making music.

Scott was born on April 30, 1992. He was born in Houston, Texas, and was nurtured in Missouri City where he lived with his grandmother. His mother’s name is Wanda Webster and his father’s name is unknown.

His parents lived in the suburbs of the city where his father ran a business and his mother worked in Apple.

Scott belongs to the American-African ethnicity. Scott was fond of making music beats since his teenage and eventually ended up being a composer.

Scott went to a private elementary school as a child and later graduated from Elkins High School at the age of sixteen.  Later he joined the University of Texas at San Antonio situated in Texas.

Scott was vastly interested in music so he dropped out of college and immediately went to New York to pursue his musical passion.

At the age of 17, he started his musical journey as a music producer aiming at hip-hop beats. In 2008 along with his peer Chris Holloway Scott released his first EP (extended play) on the social website.

After releasing his two pretty successful albums Scott released his first mixtape in 2013. Scott got recognition from the people of the United States as an emerging artist.

Later on, Scott signed contracts with two music producing companies ‘Epic Music’ and ‘Good Music’ which helped him to head toward his dream. With the help of epic music, he released an album called ‘Rodeo’ in 2015-16.

Recently Scott released a single titled “Watch” featuring Kanye West and Lil Uzi Vert. It was released on May 3, 2018. The newly released single is part of his new album which is releasing in 2018 itself.

Scott has received various awards and has been felicitated for much times for his outstanding music. Scott won the award of Bet Hip-hop Award for his work ‘Antitode’ in 2016.

In 2017 he won the Teen Choice Award for his track “Know No Better”. Scott was nominated for the Grammy Awards for his song ‘Love Galore’.

Scott’s estimated net worth is $65 million as of 2022. As of now, his salary is not estimated.

A rumor about Travis Scott and his girlfriend Kylie Jenner was heard that Scott has been sleeping with several women and Kylie had a blowout fight with him. Another rumor about the couple was heard that Kylie’s bodyguard Tim Chung is the father of her daughter Stormi.

Scott’s height is about 5’10″ and weighs 67kg. He has an athletic body. His chest measures 40 inches, his biceps measure 13.5 inches, and his waist measures 31 inches.

Scott’s hair color is black and his eye color is dark brown. His shoe size is still unknown. Scott has numerous tattoos on his body. He has his hair deadlocked and he also has gold-plated teeth.

Also get to know more about the birth facts, education, career, net worth, rumors, height, and social media of different personalities like Flo Milli(Rapper), Brandi Boyd, and Adam Hicks.