Who is the wife of Trent Harmon?

Trent Harmon is happily married to his long time-girlfriend, Kathleen Couch. She is a former cheerleader.  On September 6, 2019, the duo wedded at the Davidson County Courthouse in Nashville, Tennessee.

During the early 2010s, they met each other for the first time. Kathleen Couch was seen supporting Harmon, while he was auditioning for season 15 of American Idol.

There is no further info about their kids or separation. 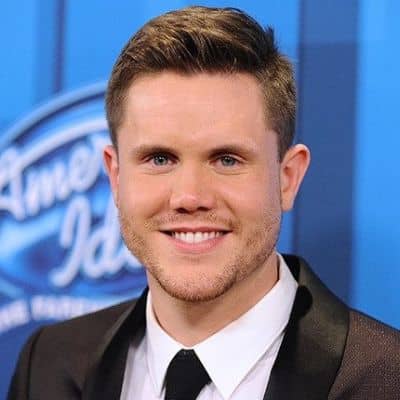 Who is Trent Harmon?

Trent Harmon is an American country music singer and songwriter.

She soared to fame after being the winner of American Idol Season 15 on April 7, 2016.

Trent Harmon was born in Amory, Mississippi, the United States on October 8, 1990. Harmon is 31 years old as of 2022 and holds an American nationality.

He possesses Caucasian ethnicity while he has a birth zodiac sign of Libra according to the astrological chart. Trenton William Harmon is his full birth name.

Randy Harmon is his father while Cindy Harmon is his mother. He even used to be a waiter on his family’s farm and a yard-to-table restaurant, Longhorn. He has a sister named, Randi Kathryn Harmon and is also the cousin of Richard Harmon, an actor.

While studying at Amory High School and at the University of Arkansas Monticello he sang and performed many musicals. There is no info on Harmon’s siblings.

In May 2014, Trent Harmon participated as a normal contestant in NBC’s The Voice in New Orleans. He got selected in the audition and took a flight to compete in Los Angeles.

There he sang, ‘Jealous’ by Nick Jonas. Again, the show flew him to compete in Los Angeles but unfortunately, he was not selected by the judge and his audition was not filmed.

In August 2015, he gave an audition for American Idol impressing the judges with his farm upbringing where he sang, ‘Unaware’ by Allen Stone. In the season, he became the first RnB singer to be selected by the judges.

He suffered from mono and was isolated in a bathroom for a long week so that the disease would not spread. Later, he performed the group round as a solo which impressed the judges.

He was trained to bring his strange faces and expressions while singing during, ‘Idol Grammy Hits.’Judge Harry Connick Jr. commented that he lost the exaggerated jaw vibrato that could lead him toward loss.

On April 7, 2016, he became the winner of American Idol Season 15. He sang the single, ‘Falling’ by Keith Urban, a singer-songwriter and American Idol Judge along with Brett James and Dallas Davidson. As a winner, he received a Ford car and a recording deal with Big Machine Records. La’Porsha Renae became the runner-up.

After signing by Big Machine Records, he recorded several albums. He gave a statement regarding his home state’s anti-LGBT people. He released his self-titled, EP featuring his Top 30 hit, ‘There’s a Girl, and four other tracks in December 2016.

In 2017, he faced some difficulties including a personal break-up. Later, he again re-signed the contract with Big Machine Label Group after resolving label issues.

Trent Harmon has an estimated net worth that ranges between 1 to 5 million USD owing to his career as a singer and songwriter. He has not disclosed info on his yearly/monthly incomes.

The winner of American Idol Season 15, is keeping himself away from rumors and controversies. Trent Harmon is able to well maintain a clean profile by balancing professional as well as personal life,

Singer, Trent Harmon stands at the height of 6 feet 4 inches. He weighs around 65 kg while his body statistics are unknown at the moment.

Talking about his physical appearance, he has brown hair and a couple of blue eyes.

Trent Harmon is active on social media with huge fan followings. He is available on Instagram under the username, @trentharmoncrew having around 1.6K followers while she is not active on Twitter.

In addition, there is an official Facebook page under his name, that has garnered more than 127K followers.