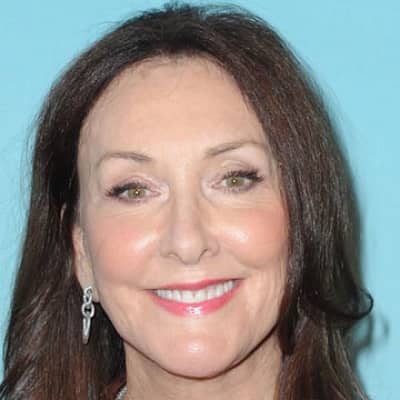 Tress MacNeille is married to her husband, Douglas Whitsett MacNeille on August 29, 1974. Their marriage occurred in the presence of close friends and families in Carson City, Nevada. Together, they have one daughter namely, Jenna MacNeille.

Who is Tress MacNeille?

Tress MacNeille is an American Voice actress who has given her voice in various tv series, Movies, Animated screenplays, Video Games, Animes, and audiobooks. Likewise, she is famous for her work on animated series such as The Simpsons and Futurama.

Tress MacNeille was born in Los Angeles, California, United States of America on June 20, 1951. As of 2021, she celebrated her 70th birthday. Her full name is Teressa Claire Payne.

She was raised up by her caring mother and a loving father whose identity is not known. Likewise, she might be the only daughter of her parents as she has never talked about her sibling. She was interested in voice acting since her childhood. Tress was also an avid cartoon lover.

She is of American nationality. Her ethnicity is not known. Similarly, her birth sign is Gemini.

Talking about her education, she completed her graduation from the University of California, Berkeley. She also enrolled in the broadcasting school and became a disc jockey better known as DJ.

Before her involvement in the showbiz industry, Tress started from minor voiceover roles and was a member of the improvisational comedy group The Groundlings for ten years. then, she served as a casting assistant for voice acting talent agent Bob Lloyd who later got her first role on an animated show Scooby-Doo and Scrappy-Doo.

Altogether, she has voice credits on over 389 television shows. She has provided her voice for the films such as The Land Before Time VIII: The Big Freeze, Mickey’s Magical Christmas: Snowed in at the House of Mouse, Mickey, Donald, Goofy: The Three Musketeers, Disney Princess Enchanted Tales: Follow Your Dreams, Sofia the First: Once Upon a Princess, Batman: The Dark Knight Returns, and Hey Arnold!: The Jungle Movie among several others.

She has participated in several Animated screenplays, Video Games, Animes, and audiobooks as a voice actress. Moreover, She has sung and made her appearance in the music video of “Weird Al” Yankovic’s song “Ricky.”

Of all her Voiceovers and dedication, she has a net worth of around $10M. Likewise, MacNeille is a dedicated and hardworking person who focuses on her professional career.

There are no rumors and controversies about her personal life or professional life. Likewise, Tress is a dedicated and respected personality who tries to mark her place in the showbiz industry.

Tress stands at 5 feet 8 inches tall and weighs 65 kg. Similarly, she has a slim-shaped body. Moreover, she has dark brown hair and brown color eyes with a skin tone of Peach.