Trevi Moran is an American singer, YouTuber, and recording artist. She is best known for appearing in The X Factor in 2012. He is possibly single.

Trevi Moran is currently possibly single. She has not disclosed her relationship and boyfriend.

Previously, she was in a relationship with actress Lia Marie Johnson. 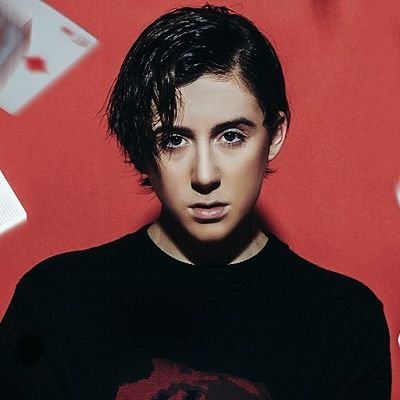 Who is Trevi Moran?

Trevi Moran is an American singer, YouTuber, and recording artist. She is best known for appearing in The X Factor in 2012.

This singer was born on September 30, 1998, in California, the United States with the full name Trevor Michael Moran. Her father’s name is Tim, and her mother’s name is Nicole.

She has a brother named Blake. There is no more information about her academics as she likes to keep her personal life far from the media.

Trevi Moran appeared on The X Factor in 2o12 at the age of 13. She gained huge popularity after performing the LMFAO song Sexy and I Know It. She received four votes from the judges but was later eliminated during the “Boot Camp” stage.

She released a single Echo in June 2014 and later released another 3 singles titled “XIAT” (pronounced “anxiety”), “Now or Never,” and “Slay” from her EP XIAT. This charted number 1 on the US Heat. The next year, she released her single I Wanna Fly.

She has also released music videos and albums including Let’s Roll, Steal the Show, EP Alive, Get Me Through the Night, and Sinner.

Trevi posted her music videos and song on her YouTube channel. Likely, she has over 1.44 million subscribers and 100 million views.

Moran also has a TikTok account with over 700 K followers. She posted lip-sync, dance videos, and funny videos. She has posted 132 videos and has over 3 million likes on her TikTok videos.

The salary for this YouTuber is pretty impressive. She received an average earning of $4 K to $66 K from her YouTube channel.

Meanwhile, according to some sources, she has an estimated net worth of $500 thousand.

Trevi publicly came out as a lesbian on October 9, 2015. Later in 2020, she came out as a transgender, she’d begun the process of medically transitioning two months prior.

Trevi Moran stands at a height of 6 feet 1 inch tall with decent weight. Likely, she has dark brown hair and blue eyes.