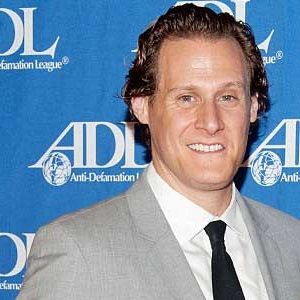 Handsome and sexy, Engelson is a divorced man. His ex-wife Meghan Markle is a charming model, actress and now she is in a relationship with Prince Harry. He met Meghan in 2004. After dating her for around six years, he got engaged to Meghan Markle in the year 2010. Then on September 10, 2011, they got married.

Their marriage ceremony took place at Jamaica. Due to some issue and misunderstanding, they filed for divorce and finally separated in May 2013. There is no factual information published regarding their children. There is no other affair status and relationship regarding him. Currently, he is single and resides in New York.

Who is Trevor Engelson?

Trevor Engelson is a popular producer and literary manager of ‘Underground Film’. He is extremely prominent as a successful manager of screenwriters, actors, novelists, and film directors in Los Angeles. He is a hardworking person and has made recognizable position in American entertainment industry.

Engelson was born to American parents on 23 October 1976 in Great Neck, New York, USA. His nationality is American and belongs to Jewish ethnicity.

He was raised up with his parents in a friendly and entertaining environment. He was mainly encouraged by his father to pursue a career in the entertainment field and he was also highly interested and determinate.

Concerning about his educational background, he attended Great Neck North High School and pursue a high school degree and graduated from University of Southern California in the year 1998.

After graduation, Engelson started working as an assistant at “Endeavor”. He was working there for short period of time and was making a strategy for something other. Finally, he founded the production company named ‘Underground Films’ in the year 2011.

He has already produced more than a dozen of films from his own production company. Some of his successful films include “Remember Me”, “License to Wed”, “All About Steve”, etc. Currently, he is working hard in his production company to do far better than before and to appear in a front line. It is said that he makes hand full amount of money producing successful movies. He was also listed into “Hollywood Reporter’s Next Gen Top 35 list”. By producing different successful movies he has already made recognizable position and is still working hard to make his production company far more better.

He has a net worth of $ 10 million dollars but his salary is not revealed yet.

Despite being popular personality, there are no desperate rumors regarding Engelson’s personal and professional life. It seems like he is doing best job without harming others for which he has been a part of drastic controversy yet.

Trevor has an attractive body with a height of 5 feet 10 inches and his weight keeps varying. His eye color is blue and hair color is dark brown.

Meghan is engaged and is soon to be wife of the Royal Prince but how much do we know about her past? All about her previous marriage and ex-husband, Trevor Engelson before going to the wedding