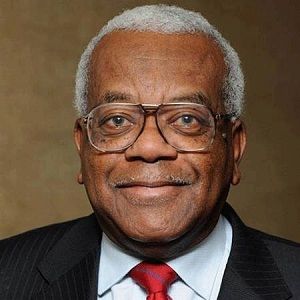 I am actually a terrible coward. Fear is a constant fact of my life

To pretend you don't feel a certain strangeness after living in England for 40 years is a fallacy.

What is the relationship of Trevor McDonald?

The personal life of McDonald’s has been kept a close secret. He also has been married twice. Firstly, he was married to a woman called Beryl and later divorced in 1985.

Then in 1988, he married another woman named Josephine with whom he is still married. He has altogether three children, but their names and ages are unknown.

Who is Trevor McDonald?

He is popular for his career as a news presenter for Independent Television News (ITN). His nickname is George McDonald.

McDonald studied his primary school in Trinidad Then he studied his secondary level education at Naparima Secondary School.  Studying at University was like a struggle and he even didn’t think he has entered the university.

Rather than his feelings toward University, he holds honorary degrees from the University of Plymouth and Liverpool John Moores University.

McDonald worked his first part-time job at Radio Trinidad and got a second one in International Relations at the University College of the West Indies.

He also worked as a print and broadcast journalist in Trinidad during the 1960s and later in 1969, he was employed by BBC Radio as a producer, which was based in London but still broadcasting to the Caribbean.

Later, he joined Independent Television News(ITN) as a general report at the beginning of 1973. Soon, he became a sports correspondent concentrating on international politics.

In late, 1980, he spent some time with the ITN-produced Channel 4 News and later returned to ITV in 1989, and presented the early evening news. He is also into making documentaries and has contributed to making them from 2009 to 2018.

Besides this, he has also worked in various works and has made several media appearances. Besides this, he also has been in some movies. Some of them are, The Iron Lady (2011), The Royal Wedding: Celebration (2011), The Queen (2006), and The Baltic Storm (2003).

Trevor played the title role in the GamesMaster reboot that aired on E4 in 2021.

In 1992, he was awarded an OBE on the Queen’s honors list. Later in 1999, he received a knighthood for his services to journalism.

He has a salary of 600k Euro per year and his net worth is unknown.

There was a controversy when he said during his interview, that he said he doesn’t want to be seen as a black reporter.

There is data about his physical measurements but he has a height of more than 6 feet and has a black complex with white hair and blue eyes.

He has 1.8k followers on Twitter and doesn’t hold any verified social media profiles.