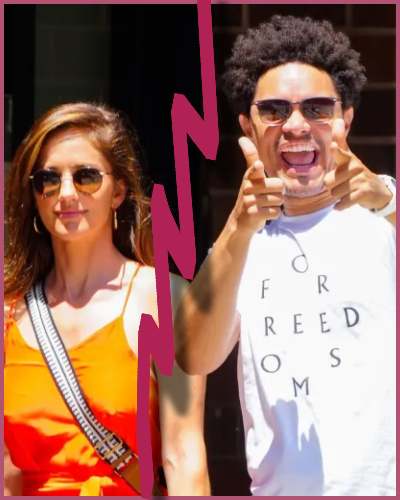 Trevor Noah and Minka Kelly have called things off after almost two years of rekindling romance. The couple initially made their relationship official in August 2020.

A source confirmed to PEOPLE on Wednesday, May 18, that the Euphoria actress and The Daily Show host are no longer a couple. A source told the outlet,

According to them, the actress “has the best attitude” regarding the split, adding to that they say,

“She is very happy. She’d rather be single than waste her time with the wrong guy.”

“They have been broken up for a while”

Well, this is not the first time, the pair broke up, as they reportedly split in May 2021. The last time, the couple was seen together enjoying time back in January. The two went on a trip to South Africa.

During the time, Minka shared a group selfie in which they posed with a bunch of his friends while enjoying drinks on a boat. In the snapshot, the couple effortlessly glows as the sun-kissed them.

What is the reason for their break-up?

Trevor’s work schedule allegedly come up with their split. A source confirmed that Trevor was “too focused on work and isn’t have enough time for a relationship”.

Last time, the couple parted ways briefly and just a few weeks later they were spotted out together. This time, it is unclear whether they reconciled again or close the chapter of their romance for a lifetime.

However, they have not given any comment so far on their breakup.

Also read “Are Trevor Noah and Minka Kelly to marry? Know about their past relationships, Trevor being cuomosexual and net worth”

Trevor Noah is a South African Comedia. He is also known as a writer, producer, political commentator, actor, and television host. He is known for performing on The Daily Show on Comedy Central the host since September 2015.