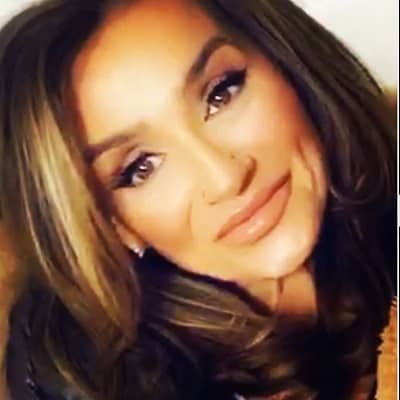 What is the relationship of Tricia Brannan Malik?

Talking about her relationship status, Tricia Brannan Malik is happily living a married life with her longtime partner, Yaseer Malik. Yaseer is from Pakistan and follows the Islamic religion. After getting married, Tricia changed her religion from Christianity to Islam.

Who is Tricia Brannan Malik?

Tricia Brannan Malik popularly known as Trisha Malik is a well-recognized Instagram star and celebrity mother. Malik is widely famed as the mother of former One Director member, Zayn Malik.

Moreover, she has more than 580k followers on her official Instagram accounts.

Tricia Brannan Malik was born on 10 November 1969. At present, her age is 51 years old. Likewise, her birthplace is Bradford, England, the United Kingdom.

Not much is known about her father and mother’s details, Tricia has been secretive about her family details. Moreover, she has not mentioned her sibling’s information in the public yet. Her parents ran a pub in the city.

Talking about her nationality, Malik holds a British identity whereas her ethnicity is English-Irish.

Regarding education, the star might have graduated from the university of the town. She has not stated her academic background to the public till now.

Tricia is popularly known by her son, Zayn Malik who is a former One Direction band member. Moreover, she is also famous on Instagram with more than 587k followers on her official account @mammamalik. The star usually shares her lifestyle and happy moments with different stars and her family members.

Talking about her son’s career, Zayn started his professional singing career auditioning as a solo artist for the British television competition, The X Factor in 2010. However, he was eliminated in the final round of the competition, but was called back and put into a group along with Liam Payne, Harry Styles, and Louis Tomlinson to form the boy band which was later known as One Direction.

The band released its debut album titled Up All Night in 2011. It was followed by their second and third album named Take Me Home and Midnight Memories. However, the star left the band in 2015 and pursued his solo career.

Zayn’s mother, Tricia has earned a handsome amount of money from her profession. She lives a lavish lifestyle along with her parents.

Zayn in advance earned $130 million between June 2014 and 2015. Their “Where We Are” Tour generated $282 million which is the second-highest gross for a vocal group in history.

However, Zayn’s mom, Trisha has not disclosed her exact salary, earnings, and assets details till now.

Tricia has never been part of any controversial matter or rumors till now. Malik has been preoccupied with her professional and private life.

It seems that Malik prefers enjoying her personal life and does not want to merge it with her professional life.

51 years old Instagram star, Trisha has beautiful looks and an admirable personality. She has not mentioned her exact height but seems to be more than 5 feet.

Furthermore, Malik has hazel eyes whereas her hair is brown.

Regarding her social media presence, Tricia Brannan Malik is an active personality on social media. Tricia has more than 587k followers on her official Instagram account @mammamalik.

She is also active on Twitter with around 107.7k followers.

Moreover, Malik is also available on Facebook at the moment.