Trick Daddy is currently single and not dating anyone. Maybe Daddy is focusing on his career.

Trick Daddy was previously married to Joy Young, a supporting cast member of Love & Hip Hop: Miami. The couple married in 2003. However, after 4 years, the couple divorced and ended their relationship. 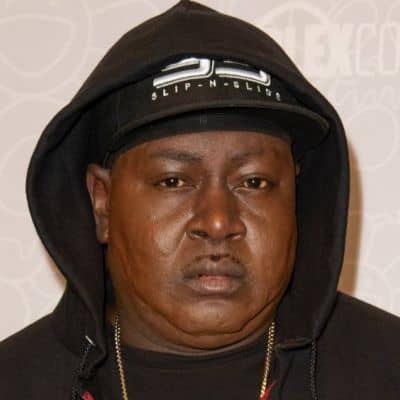 In a democracy people get the leaders they deserve

Some People around you don't mean you good.

Who is Trick Daddy?

In 2021, he made his self appearance in VH1 Family Reunion: Love and Hip Hop Edition (TV Series).

Trick was born on 27th September 1974 in Miami, Florida, the U.S. His birth name is Maurice Samuel Young. He is the son of  Charles Young, a local pimp, and Pearl Brockington.

Besides that, he has 10 brothers and sisters. However, his dad took him and his brother to live with him in Harris.

There are no info details regarding Trick’s educational background. He belongs to American nationality with All-American ethnicity.

While living with his dad, Trick began to deal with Cocaine on the streets. At the age of 15, he was arrested for drug and firearm possessions. Meanwhile, the day Trick was released from jail, he was again arrested for shooting a man during a street fight.

He was sentenced to prison at 20 years old. However,  his brother was murdered in the same years.

Besides that, when he was released from prison, Ted Lucas, founder of Slip-N-Slide Records, encouraged Trick to focus on a rap career.

After all of these incidents, Trick released his first album Based On a True Story in 1997. In the following year, he released his second album WWW.thug.com. Similarly, in 2000 he released Book of Thugs: Chapter AK Verse 47 as a third album.

Moreover, in the following year, Trick bring out Thugs Are Us (2001). He released his seventh album Back by Thug Demand in 2006. Besides that, Daddy released Finally Famous: Born a Thug, Still a Thug as its eighth album in 2009.

Furthermore, in the same year, he sang Why They Jock as the lead artist. In 2014, he cast him as the lead artist in the U Already Know album. Similarly, in 2018 he lead Paradise TBA along with Trina featuring Mike Smiff.

Besides that, in 2014 he was cast as Trick Daddy in 2 Live Crew: Take It Off (Music Video). The trick was seen in DJ Stevie J Feat. Young Dolph, Zoey Dollaz & Trick Daddy: It Only Happens in Miami (Music Video).

The trick has a net worth of $200 thousand as of 2022. Besides that, he has his own house in Miramar, FL. Daddy is leading his life lavishly. However, Trick’s salary and income are not disclosed yet.

There is a controversy in 2014, Trick was arrested by a Miami police officer for drinking while driving. Later, he was taken into Hammocks District Station. He was released after paying $6,000.

Trick Daddy stands at the height of 5 feet 9 inches with a 97 kg weight. He has black eyes with black hair.

Pregnant again! Patrick Mahomes and Brittany Matthews have a Baby no.2 on the way