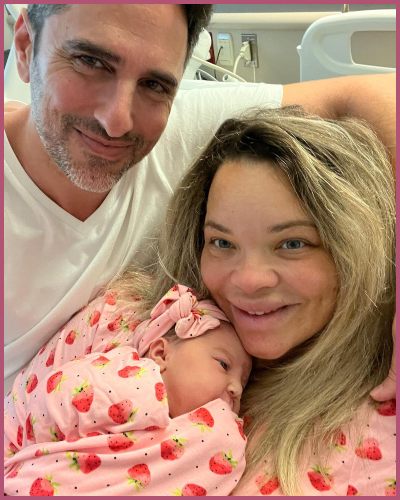 YouTuber Trisha Paytas is now the mother of a child!

The YouTube star announced the birth of her daughter on Friday on Instagram as well as Twitter. She shared several sweet hospital snaps of herself with her newly born baby.

“She has arrived  Meet our daughter, Malibu Barbie Paytas-Hacmon born 09.14.22,”

Congratulations are in order to Trisha Paytas and Moses Hacmon and best wishes for their new journey as a parent.

The Pregnancy journey of Trisha Paytas

Trisha has always opened up about her pregnancy journey. She has documented her pregnancy extensively on social media for the past few months.

In early February, the content creator announced the pregnancy news in her YouTube video that the couple is nine weeks pregnant. The news came as a shock for the couple because they were told by doctors that they would not be able to conceive naturally.

Similarly, they uploaded a video titled “Why I can’t have childer,” in January 2016. In the video, the couple disclosed that they contracted chlamydia which went undiagnosed for years and led to them being told by doctors that they could never naturally conceive.

In the pregnancy announcement video that’s why Paytas said,

“I’m in disbelief in so many ways but at the same time it just feels right. All of a sudden I just feel a sense of purpose.”

Who is Trisha Paytas?

Trisha Paytas is a singer and actress from America.

Moreover, she is also a social media personality with more than 423k followers on Twitter and almost 624k followers on Instagram. As a musician, she has launched seven albums as well as also appeared in dozens of TV shows. See more…