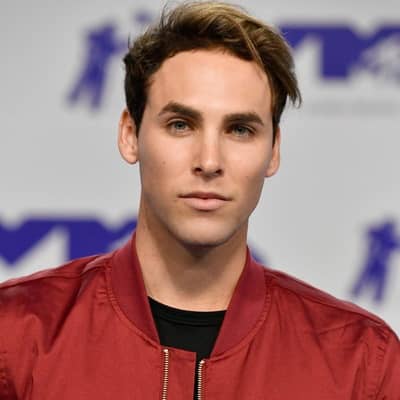 Tristan Tales is currently in a relationship. As per the sources, he is dating a girl named Tessa Brooks. His girlfriend is a media star.

Who is Tristan Tales?

Tristan Tales is an American social media star and actor. He is mainly popular for his stories on the Snapchat app.

He was nominated for Snapchatter of the Year by Shorty Award.

Tristan Tales was born on 21 Aug 1994 in San Diego, California, US. His mother, Kari Bloom, and his father are from San Diego and Ireland respectively.

One of his sisters’ name is Isabella de Burgh. Also, he has other five sisters and brothers. He belongs to an unknown ethnic background.

Also, he has attended the University of Southern California. There he studied cinema and business.

Tristan Tales is popular on Snapchat. He has a million followers on it and his username is TristanTales. His videos are loved by the viewers.

Tristan is also associated with a YouTube group called Team 10. This group was created in 2016 and it has now more than 2.5 million subscribers.

This celebrity has a net worth of $1 million US that is estimated. But his other incomes are unknown.

Moreover, he was linked with brands such as Coca Cola, Red Bull, and AwesomenessTV.

Though he is popular on social sites, he is not surrounded by any scandals or rumors and is doing great in his web career.

Regarding Tristan Tales’s body features, his height is 6 ft and his body weight is 78 kg.

Similarly, the color of his eyes is blue and his hair is in light brown color. He has a curved body and often shows in his posts.

This web star is available on social sites. He is famous on Instagram and over 1.2m followers with 570 posts.

Tales has more than 418k followers on Twitter which he joined in 2015. However, his Facebook account is not created yet but has around 1.2m fans on TikTok.