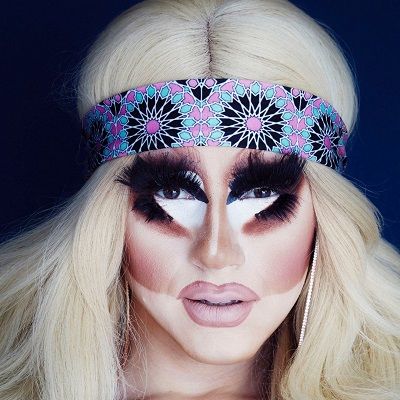 ''Everybody says, 'Oh my god, Trixie! It must be so amazing, it must be like everything's just handed to you!', and the truth is, yes. Everything is just handed to me. Unfortunately, I have two hooks.''

Trixie Mattel is in a relationship with David Silver. David is a filmmaker and he is the one who produced Mattel’s documentary, Moving Parts.

Trixie and David have been together for the past three years.

Who is Trixie Mattel?

Mattel is also a TV personality, song-writer, and comedian.

In June 2019, Mattel was one of 37 queens who were featured on the cover of New York Magazine.

Trixie Mattel was born on August 23, 1989, in Milwaukee, Wisconsin as Brian Michael Firkus. She is half Ojibwe and comes from a Caucasian family.

She had an abusive stepfather who would call him a “Trixie” whenever he acted feminine, and which later inspired his drag name.

Firkus attended the University of Wisconsin-Milwaukee, where she received a BFA in Music Theatre and was introduced to drag while performing in a production of The Rocky Horror Show at the Oriental Theatre.

In 2008, Trixie Mattel first performed in the drag at LaCage NiteClub in Milwaukee. In 2014, Firkus also attended The Institute of Beauty and Wellness but withdrew to participate in RuPaul’s Drag Race.

Trixie entered in the 7th season and was eliminated early in the fourth episode but was brought back and came in the sixth position.

On December 31, 2015, Mattel guest-starred in a special edition of WOWPresents’ Fashion Photo Review.

Her most popular show is the stand-up comedy titled ‘Ages 3 and Up’. In April 2019, a documentary film titled Trixie Mattel: Moving Part premiered.

This September 26, 2019, her first comedy special, Trixie Mattel: Skinny Legend, aired on Out Tv in Canada.

Mattel also showcased her abilities as a singer with the release of her first studio album, ‘Two Birds’, in May 2017, and the second album, One Stone released on March 15, 2018.

Mattel’s net worth is $1 million- $5 million. She has 1.8 million followers on Instagram and charges more than $1000 per post.

Trixie Mattel is a hazel-eyed platinum blonde. She is 5 ft 10 inches tall and weighs around 68 kg.

She also has her own YouTube channel and has over 400k fans on TikTok.

You may also know about the net worth, career, and body measurements of RuPaul, Bianca Del Rio, Miss Fame.