Troy Garity is an American film actor who was nominated for a Golden Globe Award for Best Actor. He has exchanged vows with Simone Bent.

Tony Garity got engaged to Simone Bent in 2006 and a year later, the couple got married on August 27, 2007. They are married for a long time, and still, they are very happy together.

They are caught spending time together in public. The couple has great understanding and faith in each other. They do not have any children yet. 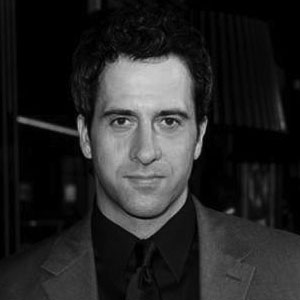 School is such an encouraging and safe environment. It's filled with idealism and just really working on your craft. When you enter the business world - where art meets commerce - it can become quite depressing.

Gel doesn't work in my hair because it has a life of its own.

Who is Troy Garity?

Troy Garity is an American actor. He is known as a versatile actor who works in movies and Television Shows. The handsome actor is considered as a well-profiled celebrity.

He was nominated for the Golden Globe Award for Best Actor for his role, Barry Winchell in Soldier’s Girl (2003).

Troy Garity was born in the year 1973 on July 7. He was born in Los Angeles, California, USA, as Troy O’Donovan Garity Hayden. He was born to father Tom Hayden and mother Jane Fonda.

He has two sisters Mary Luana Williams and  Vanessa Vadim. Vanessa is a film director and Mary is an American Activist. Troy is an American by nationality and holds mixed ethnicity of Irish (father), Dutch, English, Scottish, French, Italian, and remote Norwegian (mother).

His surname Garity is the family name of his parental grandmother.

As regards to Troy’s education, he spent his early age at Art Camps. When he was 21, he moved to New York to make his career and to learn acting at the American Academy of Dramatic Arts.

In his training days, he did several stage shows. Furthermore, there were no details about his education history.

Troy Garity did an amazing role in the movie On Golden Pond in his childhood. Then he appeared in small roles in movies and TV shows like The Cherokee Kid and Conspiracy Theory.

He did the role of his father Tom Hayden in the movie Still This Movie which was the biography of Abbie Hoffman but he failed to make his impact on the audience. He also appeared in the video game called Code Blue.

He became popular among the audience after that movie and he got an opportunity to work as an American Soldier in the movie A Soldier’s Girl in 2002. He was nominated for many awards for that serious role and amazing work in the movie. Then he did a comedy movie, Barbershop in 2002, and later, the sequel of the movie was released in 2004. He did a cameo in the movie Barbershop: The Next Cut (2016) which became the second popular kids’ movie.

Troy Garity: Net Worth and Salary

Troy, had worked in several movies and TV shows. He is a very successful actor which makes him worth millions of dollars. His net worth is 10 million dollars as of 2022. But his salary is not identified.

Also, there is news of his rumors and controversy previously.

Troy Garity has a height of 6 feet 2 inches. He has black hair and a dark brown eye. His body weight is not known. Besides these, his other body facts are not known.

Also get to know more about William Shanter, Jared Keeso, and Owen Vaccaro.