Troy Kotsur is a deaf actor, director. He is active in the entertainment industry for over 20 years. 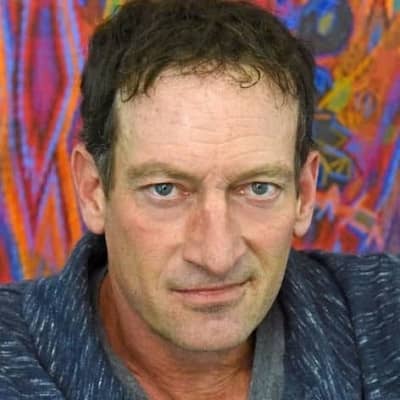 What is the relationship of Troy Kotsur?

Troy is married to his long-time girlfriend Deanne Bray. She is an American actress and also deaf.

The couple married in 2001. They welcomed a cute daughter, Kyra Monique Kotsur on September 8, 2005.

She isn’t deaf although. Yet they encourage and teach their daughter to learn and understand sign languages from an early age.

The family currently lives together in North Hollywood.

Who is Troy Kotsur?

Troy Kotsur is a deaf actor and director. He is active in the entertainment industry for over 20 years.

The actor is fluent in American Sign Language, and also a powerful veteran performer.

Troy was born around 1968 but his exact birth date is not known. His birthplace is Mesa, Arizona, United States. He holds an American nationality and is of Polish ethnic race.

Troy had a hearing problem since his birth. His full name is Troy Michael Kotsur. He hasn’t disclosed his father and mother’s names.

He studied Theater from 1987 to 1989. Moreover, he attended Mesa College, Pierce College, and American River College to study acting. He used to perform at The National Theatre of the Deaf.

Likely, for his internship, he worked as an editor, researcher, and interviewer at KTSP-TV in Phoenix, Arizona

Troy has been involved with many theatre works. He has performed principal roles in Orphans, Medea, Equus, and Sleuth, Romeo and Juliet, Verona Circus, and Mice and Men.

His leading role in A Streetcar Named Desire was nominated for  Los Angeles Drama Circle Critics Award. As well, for the role of Sepp Schmitz in The Firebugs he received the Best Actor Award.

The actor has also worked in various TV shows. He was part of the TV show Strong Medicine on the cable channel Lifetime Television.

Likely, he has his guest appearances in the  6 episodes of his wife’s show Sue Thomas: F.B.Eye.

Troy even appear on the special deaf-themed episode of CSI: NY on December 13, 2006.

He appeared on television series like Doc, and Scrubs. , The Silencer, and Criminal Minds. He is now working on his upcoming new movie “CODA” in 2021.

Troy also works as a freelance instructor. He works for various theatrical workshops at many different schools, from elementary to college.

Troy must have good earnings from his career. Although his net worth is under review.

The actor is credited with being one of the prime reasons for the feature’s festival success, which lead to its $25 million in sales to Apple.

Likewise, his wife Deanne Bray is an American actress who has a net worth of around $5 million.

The actor has maintained a low profile and doesn’t involve in such activities that can lead him to any controversial news.

Troy stands at a height of 6 feet and has 82 kg. He has brown hair with beautiful blue-colored eyes.

You may also read the bio of Mason Dye, Andy Walken, Sunny Suljic, and Karim Jovian.