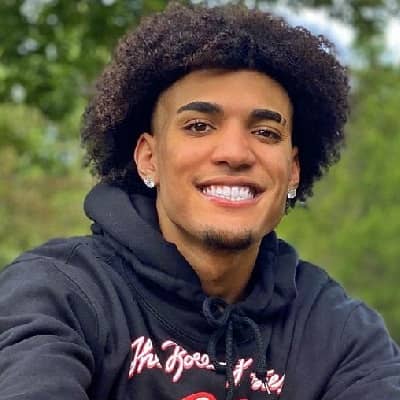 Is Trvp Andre Single or Dating?

As Trvp Andre has not provided any details about his affair or girlfriend, he is at present possibly single.

Who is Trvp Andre?

Trvp Andre is an American digital star. He is popular for his amazing dance and lip-syncs videos on the social networking site TikTok.

He was born on 11 Nov 2000 in Johns Creek, Georgia, the US. His real name is Andre Cornell Olivo. The name of his father along with his mother is unknown.

Moreover, Trvp’s ancestry is All-American and has an older sister named Tatiana. As his mom used to work, he was raised by his grandmother.

Regarding studies, it is also not yet published.

Trvp Andre is now very popular for his dance and lip-sync videos on TikTok which he joined in Oct 2017. Moreover, his account has gained more than 1.2m followers with over 19m hearts.

His YouTube channel was created on 21 Dec 2018 and it contains pranks and challenge videos. The contents are loved by the viewers and it has gained over 47k subscribers.

Some of his uploaded contents are LYRIC PRANK ON TEACHER!! GOT OUT OF HAND!!, ASKING RANDOM GIRLS TO RATE ME 1-10!!, HOW TO WOAH WITH FUNNYMANGAITLIN !!, and more.

This digital star has an estimated net worth of $1-5 million as of 2022. The yearly salary and income from his career are not disclosed.

Regarding Trvp Andre’s body features, his height and his body weight are not disclosed. Moreover, the color of his eyes is dark brown but his hair is black.

Trvp is available on social sites. His Instagram is followed by over 121k people. He also has a Snapchat account (Dre857).