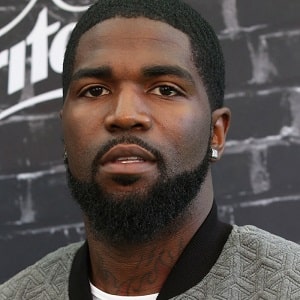 Tsu Surf may be living his single life and focusing on his career rather than being in a relationship.

Like other celebrities, he has also maintained his personal information secret.

Who is Tsu Surf?

Tsu Surf is one of the popular and talented American Rapper. He is best known for his rap battle and appearance in different SMACK/URL events.

He was born on January 15, 1990, in Newark, New Jersey, USA. His birth name is Rahjon Cox and he is currently 29 years old. His birth sign is Capricorn.

He holds American citizenship but his ethnicity is unknown. He has not disclosed information about his childhood, parents, and siblings.

There is no information available about his school and college life. However, it is under review.

Tsu Surf’s wordplay and strong lyrical aggression have earned millions of fans in the rap battle. He was inspired by rappers like Jadakiss and Jay Z. His rapping skills are honed by freestyling.

His well-received mixed taped include Garden Grillz, Tsu Me, and Newark. He also featured NBA star Kevin Durant in his song ‘Want It’ in 2013 and he has collaborated with Joe Buden on several projects.

It seems he has not been awarded and nominated for his work in his professional career.

It is estimated that he has a net worth of around $400,000 and his main source of income is from his professional career.

He was shot five times in his hometown of Newark and he is recovered after surgery.

He was released from the prison after a 2017 arrest on what is reportedly aggravated assault charges.

Tsu Surf has got black hair and black eyes. Other information about his height, weight, etc. are under review.

To know more about Bernie Herms, Barry Manilow, and Paul McCartney, please click on the link.

Tammy Hembrow and her new boyfriend Matt Poole had a fun day out in Currumbin Beach!