Tulisa is an English Singer-songwriter who had several relationships in the past. And her current partner since 2017 is David King. 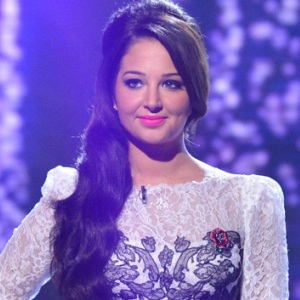 I want to become so successful that if I wanna fart on a track, I can, and it will sell

I do what I do because I love it. I'd never really been into the celebrity side of it, so if I've got nothing to talk about, I'd just rather not be seen at all

I've started meditation. I even train in Kung Fu. I'm into my juicing, my healthy eating - my whole lifestyle has taken a massive turn.

Reflecting on the personal life of Tulisa, it began with a romantic relationship with her then-boyfriend Justin Edwards. Unfortunately, things quickly turned ugly when her sex tape with him was released in March 2012.

However, they decided to end their relation, and she, later on, was in a relationship with Jack O’Connell in 2012. After a brief time period, she was again seen dating Danny Simpson from July 2012 till 2013. And she was involved in rumor for having an affair with Max George which is denied by both of them.

Her current partner is David King whom she is dating since 2017.

Tulisa is an English singer-songwriter, The X Factor judge, actress, and television personality. She is very popular for starring in Demons Never Die and for being a member of the band N-Dubz.

She was born on 13 July 1988 in Camden Town, London. She was born to a Northern-Irish mother, Anne Byrne, and Greek Cypriot father, Plato Contostavlos.

Unfortunately, her mother was suffering from bipolar disorder and schizoaffective disorder. Her childhood was very dramatic and challenging as per her say.

It was to the extent that, she tried to commit suicide more than once. Luckily, she was lucky to have her Uncle, Byron Contostavlos by her side, who helped her to overcome her trouble and made her stable.

Talking about her education, she enrolled at Haverstock Secondary School. However, she dropped out by not taking her GCSE examinations.

Earlier in her career, Tulisa began performing as a singer and was eventually invited to join rappers Dappy and Fazer. She was the lead singer in the group.

At first, their group name was the Lickle Rinsers Crew. Later on, they changed their name to N-Dubz. Soon, the group did very well in attracting lots of attention. As a result, at the MOBO awards, N-Dubz won the Best Newcomer award in 2007. Following their gradual success, they signed their first-ever professional contract with Polydor Records.

After gaining enough fame and support from the fans, the band went out on their first tour all over the US. Furthermore, the band released the second album ‘Against All Odds.’ in November 2009. Tulisa appeared singing a solo song, ‘Comfortable.’ Just after it was two months after the release, it was certified platinum.

Later on, the group signed a contract with Def Jam which was under contract with Rihanna, Justin Bieber, Kanye West, LL Cool J. However, they terminated the contract after releasing their third album Love.Live.Life. The reason being, the label was making the alteration in the band too much.

Moreover, Tulisa was appointed as one of the judges on the 2011 series of X-Factor. She looked over the group category and led the group named Little Mix to victory.

In 2011, she appeared in the film Demon Never Die. Recently, she released her fifth solo single named Sweet Like Chocolate featuring the vocal of Akella. She also revealed that she signed with well-known agents in Hollywood to begin her career as a film actress.

Due to her exceptional talent, she has a net worth of $4 Million.

During her career as an actress, she got herself in controversies more than once. The first one came with the release of her sex tape with her then-boyfriend, Justin Edwards. That incident was devastating and heartbreaking for her. Later on, she pursued legal actions against him where the verdict was not disclosed.

Furthermore, she was arrested by police on suspicion of supplying class A drugs on June 4, 2013. However, she denied the charges and took the case up to court. Later on, it was dismissed as the judge believed the witness to be lying.