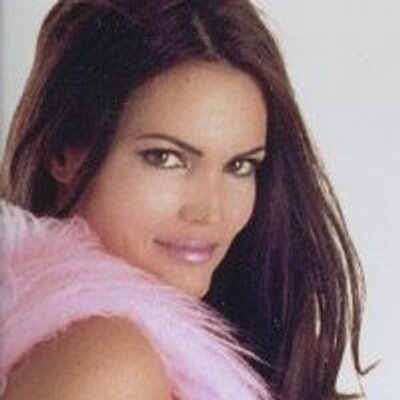 Tully Jensen is a divorced woman. As of now, she doesn’t seem in any love affairs. Previously, she was married to Antonio Sabato Jr. who was a former American-Italian actor and model.

Currently, he involves in politics and is linked with the Republican party. Tully was Anotonio’s first wife with her he gets married on the 16th of May 1992. Their marriage doesn’t long last beyond one year. In 1993, the couple gets divorced.

Besides Tully, Anotonio has been in many more relationships and had wedded with Cheryl Moana Marie Nunes too. Currently, he is in dating affairs with a model Katia Fernandez since 2019.

Who is Tully Jensen?

Tully Jensen is a well-renowned American actress and model. She rose to fame after appearing in popular magazines like Vogue, Cosmopolitan, Elle, and so on. The model is better known as the ex-wife of Antonio Sabato Jr.

The model was born on the 2nd of December in 1963, in the United States. Her birth name is Alicia Tully Jensen. Jensen holds an American nationality and is of mixed descent of Scottish, English, Filipino, and Spanish.

She was raised in Europe into a military family. But, she has not yet disclosed his parent’s information in the media. She is the youngest one among four sisters. Also, she has one brother, two half-sisters, and one half-brother.

Similarly, the details regarding her educational background are under the curtain.

At the age of 16, Tully was discovered at a modeling convention aka talent search. Since then she works as a model and also has been on the cover of numerous magazines like Playboy, Vogue, Cosmopolitan, Elle, and Mademoiselle.

In 1994, she starred in the crime drama film, Inside the Goldmine where she portrayed the role of Emily. Likely, she portrayed the minor role in the 1995 comedy-drama, The Brady Bunch Movie along with Shelley Long, Gary Cole, Christine Taylor.

Similarly, she has been featured on television series and films like Wild Oats, Sex and the City, One Long Day, Anni 50, The Family Web, and more.

To date, the actress doesn’t seem in any sorts of rumors and disputes that create headlines in the media. Also, she stays miles away from the media nowadays.

Jensen has earned a fair amount of fortune throughout her primary career as an actress. In addition, she also earns through various endorsements and commercials.

As per other online sources, she has an estimated net worth in the range of $1 million to $7 million. Further, her salary, yearly income, and real estate are still under review.

The model stands at the height of 5 feet 7 inches with an average weight. She has brown hair color with brown pair of eyes as well.