Updated On October 12, 2022 | Published By: shahid | In controversy , Interesting Facts
Share this 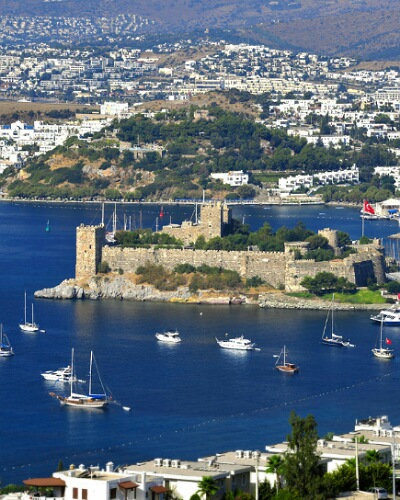 What was the reason for it? What does Turkey exactly want to assert?

Turkey and its recent assertiveness

Last month, Armenia and Azerbaijan had a territorial dispute over the region of Nagorno-Karabakh. The international community acted fast and asked the two nations to stop the hostilities.

But Turkey offered its moral and military backing to Azerbaijan. There is a growing foreign policy divide between the Western World and Turkey. The territorial hostility in the South Caucuses is just the latest proof of it.

Recent years have seen Turkey getting increasingly involved in the neighboring countries of Syria, Libya, and Iraq. It also increased its patrols in the Eastern Mediterranean over a water rights dispute.

The EU is not happy with it. Its assertiveness in the region is isolating it. But the Western countries have very few options at hand.

What do political scholars feel?

“What we have witnessed over the past decade really is a transformation of Turkish foreign policy with the vision, the understanding, that Turkey should carve out a degree of strategic autonomy from its traditional partners in the West, particularly the US,”

He adds that Turkey is forced to become assertive in the region due to its collected frustration with the Western world. In 2003, the US intervened in Iraq.

It had also partnered with Kurdish forces in Syria. For Turkey, the latter was a terrorist organization. The accession talks with the EU were also stalled.

Additionally, domestic politics also had a massive part to play in this change in its foreign policy.

Luigi Scazzieri, a research fellow at the Centre for European Reform opines:

“The shift towards a more assertive policy coincides with [President Recep Tayyip] Erdogan’s alliance with the ultranationalist MHP [Nationalist Movement Party] since 2015 and the strengthening of his rule after the failed coup in 2016.”

“More recently, the government has been motivated by a desire to boost support and deflect attention from a worsening economic situation in Turkey,”

The country has revealed a changed foreign policy for different reasons. In Syria and Iraq, its goal was to weaken Kurdish groups whom the US was backing.

Besides, it did not want the flow of refugees from there on its land. In Libya, Turkey wanted to preserve and enhance its influence.

It wanted a maritime boundary agreement in the Mediterranean. This only led to its problems with the EU.

The country has also had problems with Greece and Cyprus lately over exploratory drilling for energy exploration in the Eastern Mediterranean that involved in the waters claimed also by Athens or Nicosia.

Greece and Cyprus think that it is an illegal act. Dialogues have not helped and they have threatened sanctions that only made Turkey angrier.

“The fundamental position of Turkey on the Eastern Mediterranean has not changed. It was the same before Erdogan and it will be the same after Erdogan. This is by and large a state policy, a bipartisan policy,”

“Obviously, had the relationship with the EU been more sort of stable, more productive, more forward-looking, certainly we would not have witnessed this scenario,”

Its old allies are leaving and no new allies are formed. This has led to Turkey’s isolation in the world. Only Qatar, Libya’s GNA [UN-backed Government of National Accord], Azerbaijan, and Pakistan are with it.

Also, read Katie Price flies to Turkey with her ‘reserve’ boyfriend Charles Drury? But where is her current boyfriend Kris Boyson?

The US has lost interest in Syria and Iraq after the defeat of IS terror group. When the US administration changes, some action against this nation of Eurasia could be expected. EU does not want to impose sanctions on Turkey because it is a NATO member, an economic partner, and also a stable nation in the unstable region, says Luigi.