Skip to content
Married Biography
Married Biography / Entertainment / Turkey: Scientists and doctors harassed with criminal lawsuits for telling the world the truth about coronavirus data in their country!

Turkey: Scientists and doctors harassed with criminal lawsuits for telling the world the truth about coronavirus data in their country!

Posted by MarriedBiography Posted on September 21, 2020 | In controversy , Health , Legal
Share this

Medicine, religion, and politics have been at loggerheads since the ancient times. Medicine and science try to bring to the people the truth and facts while religion talks about beliefs and the unseen things. And politics cunningly uses these two for its own benefits to remain in power. This is repeating again in the world countries due to the coronavirus pandemic. It happened in China and the USA and now it is seen in Turkey.

Coronavirus started in Wuhan in China. The doctors were the first to realize the deadly nature of the virus and alerted the authorities accordingly for necessary action. But they were shut down and when things went out of control, the politicians were forced to bow down. A somewhat similar situation is happening in Turkey.

Kayıhan Pala is a distinguished public health expert at Uludağ University in northwestern Turkey. In April 2020, to his dismay and shock, his name figured as an accused in a criminal case. He was a member of the COVID-19 monitoring group, the Turkish Medical Association (TTB). In that capacity, he had given an interview to a local website wherein he shared some research data which showed that the number of deaths and cases of coronavirus in Turkey was higher than what the government is reporting.

The Governor of Bursa province files a complaint

Following this interview, the Governor of Bursa province put up a case against Kayıhan accusing him of causing panic amongst the public with his misinformation. But Kayıhan bravely defended his stand. He said that as a doctor it was his duty to inform and speak up about a health crisis. He called for the charges to be dismissed. But the prosecutor instead asked the university to investigate the matter. What followed was a month-long trial and also condemnation of this investigation from national and international fraternity and rights groups.

On 1 September 2020, the university reached the conclusion that Kayıhan had done nothing wrong. He had only acted as per his duty.

“I am a public health scientist and I have to talk about this pandemic locally, nationally, and internationally,”

“It should not be a crime.”

It has come forth that Turkish authorities are using legal harassment and administrative investigations to silence critics of its policies. They want to suppress facts and control the information of the crisis. The system has implicated many doctors in talking about the truth and doing their duties. TTB Secretary-General Bülent Nazım Yılmaz stated:

“Our colleagues have revealed the scientific facts, nothing beyond that,”

Thankfully, TTB is with the doctors but this may not be so for many other countries. Turkey has a population of 82 million and it has documented 300k cases and 7k deaths. In June, the politicians self-claimed that their lockdown was a success and lifted it despite doctors warning them to not do so. In August, TTB said that their data shows that the actual cases and deaths are very much higher than what the authorities say. They accused the government of non-transparency.

It is a sad thing that at a time of such a vast and severe crisis in the world, politicians are still continuing their double game and fooling the public.

Also, read Anti-maskers! Religion, and politics in the use of face masks during the current coronavirus pandemic! 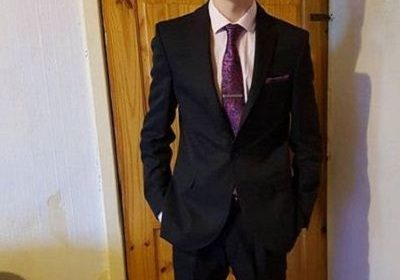