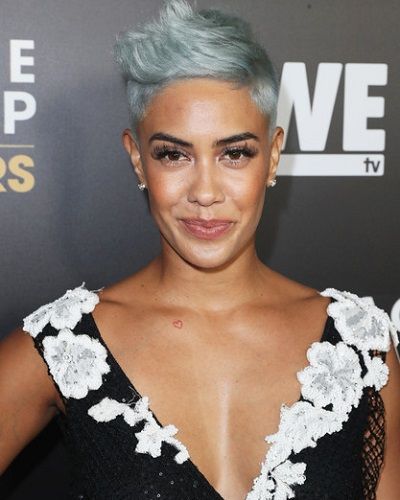 In February 2019, there was news that Sibley Scoles will join host Natalie Morales and Kit Hoover. She has covered many red carpets for “Access” including the Golden Globes, SAG Awards, Super Bowl LIII, and several movie premieres.

“With her infectious energy and charisma, Sibley has become a welcoming stop for celebrities on Hollywood’s biggest red carpets,”

“Her fresh interviewing style will give viewers a unique perspective into the worlds of music, sports, film, and television that make her the perfect addition to round out the ‘Access’ team.”

Also read Singer Taylor Swift gets support online from her celebrity friends after rapper Kid Rock’s rude tweet on her!

Is Sibley Scoles dating anyone?

They have been in a relationship for a long time. Likewise, they have posted a number of photos together on their social media. It seems like they enjoy spending time with each other. There is no news of their break up.

Who is Sibley Scoles boyfriend Bryan A. Mendez?

Her boyfriend Bryan Mendez was the contestant on Lifetime’s Glam Masters who was never short of creative ideas. He made bejeweled brows to butterfly eyes that actually looked good. He was always successful to impress the judges.

Previously, he worked as a cashier at a department store where clients constantly requested him for makeup application.

The American singer and TV host Sibley Scoles was born on 7th December 1987 in Northern California. There is no information about her parents. But it is known that she grew up along with her younger sister Erica Scoles. Sibley has spent most of her early life in California.

Talking about her education, she attended Northern California University. She graduated from there with a bachelor’s degree in broadcast and Journalism. When she was in school, she played sports like basketball, hockey and was also interested in the fashion industry.

She began her singing career with the stage name Sib Vicious. She released hit songs including Rock That Party, Donuts, Tie Me Down any many others. Similarly, she worked as a host and a correspondent for E!Network.

The estimated net worth of Sibley is around $1 million. It is known that she earns $111,000 salary as a reporter. In the future, she might accumulate a huge amount of money. Her name might also be listed in one of the most earning celebrities.