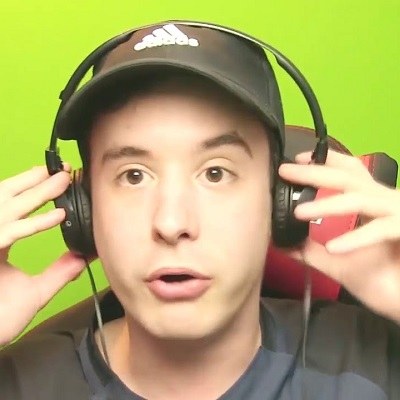 What is the relationship of Twosync Chris?

Chris is a gamer and likes to play a FIFA game.

He is well known for his Youtube channel, TWOSYNC, and gaming videos.

Twosync Chris was born on January 29, 1990, in England, UK. His birth sign is Aquarius.

He has two siblings, sister, Katie, and Brother, Mat.

Chris has 587 k followers on Instagram and about 270 posts have already been published on his Instagram wall. He is following the personalities like Phil Foden, Braydon Bent, Dylan Levitt, and Josh Zerker.

Chris has a YouTube channel titled, TWOSYNC, with around 1.54 million subscribers and views in millions. He joined the YouTube community on January 22, 2013. He runs this youtube channel to collaborate with his brother Mat.

Chris is a social media personality. He is a Vlogger, gamer, and FIFA player. So he posted mainly FIFA gaming videos which consist of Ultimate Team videos, pack openings, squad builder challenges, pranks, and others.

Sometimes, they discussed soccer and their favorite football stars, as well as Q & A session with his fans, in the videos. Their fans are from different parts of the world.

His popular uploaded videos BEST TWOSYNC FIFA PACK PRANKS EVER!!! and MY LUCKIEST PACK EVER!!!! – FIFA 17 TOTS PACK OPENING has over 500 k views on it.

Chris also started his online business with his own brand, TwoSync, at Syncofficial.com. He featured his own brand collection clothes and different goods. It includes different things such as Hoodie, T-shirt, cap, mugs, etc.

How much does Twosync Chris earn?