Ty Dolla Sign is a singer, rapper, and record producer who sang Work from Home and Paranoid. 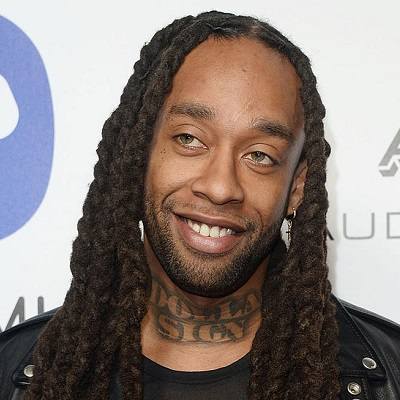 Previously, he was in a relationship with the singer, Lauren Jauregui. The rumors of them dating started in April 2017. Later, they confirmed their relationship in November 2017. They started hanging with each other during the album, Work from Home.

They dated for around two years. Later, in 2019, via social media, he revealed that they had a break-up.

He also has a daughter, Jailynn Griffin. The mother of Jailynn is a teacher but the identity of her is still a mystery for the public’s eye.

American Ty Dolla Sign is a Grammy Award-winning singer, rapper, and record producer. He is renowned for the song, Work from Home and Paranoid.

Ty was born Tyrone William Griffin Jr. on the 13th of April 1982 in Los Angeles, California. His father, Tyrone Griffin Sr. is of Welsh ethnicity.

By profession, his father is a singer too and used to be associated with the band, Lakeside. Through him, he has met with singers of Earth, Wind & Fire, and Prince as a child.

He has two siblings that include a brother, Big TC, and a sister, Angel Gold. Angel is also a singer by profession. Details regarding his academics are unknown.

– Ty Dolla Sign started his musical journey learning tp playing Bass. After that, he was into playing other instruments like Drums, Keyboard, and the MPC.

– Professionally, he started his career with the fellow singer, Kory as a duo. They signed with the Venus Brown and Buddah Brown entertainment. Along with the recording label, he released Raw & Bangin Mixtape Vol 2.

– During 2007, the duo spilled and Sign started working with the rapper YG. For YG, he produced and wrote the debut song of the YG, Toot It and Boot It that earns Platinum certification by RIAA.

– The same year, he launched the singles, Paranoid. The singles earned peaked at the position of 29 in the US Billboard with 2X Platinum certification by RIAA.

– In 2014, he dropped his second EP with the title, Or Nah. The extended plays stand out at the position of 33 in the yearly Billboard chart. Also, the EP earned the 5X platinum certification by RIAA.

– Under Atlantic Records, in 2015, he launched his debut album, Free TC co-produced along with Wiz Khalifa. Commercially, the album sold its 22,000 copies in its first release week.

– In 2016, he released a collaborative single, Sucker for Pain that ended up at the 42nd position at Decade-end charts along with the artists like Lil Wayne and Wiz Khalifa and the band, Imagine Dragons.

– Apart from his albums and extended plays, he has featured in other albums including Fan of a Fan: The Album, MIH-TY, and Everything Is Love.

Apart from that, he also earns through royalties of his albums too.

On the 10th of December 2018, the news made headlines when he arrested in charge of drug possession. At the time, the news was that if the singer is convicted of the crime, he will be imprisoned for 15 years of jail.

However, later, the charges were dropped out.

Ty Dolla Sign has brown eyes with long black hair. His height is 6 feet and 1 inch and weighs around 83 kg.

Also, he has a self-titled YouTube channel with 3.32 million subscribers and 1.2 billion views.

You may also read the bio, age, career, net worth, education, salary, and controversy of Omar Hashim Epps, Rebecca Black, and Nadia Bjorlin.