Ty Pennington is an American television host, artist, and carpenter. 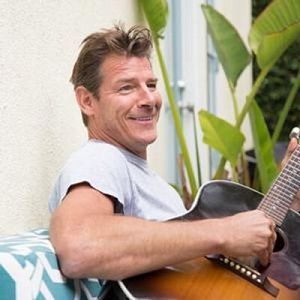 This was my wake-up call. I also want to apologize to my fans, ABC Television and my design team for my lapse in judgment and the embarrassment I have caused.

I would strip down naked, and swing from the blinds in my classroom as a child.

The popular and talented artist and Television personality, Ty Pennington is currently unmarried man but, he is in an open relationship with Andrea Bock since 2004. They are engaged now. The relationship they have with each other is one of the most classic love stories in the television world.

It’s already been 11 years that they are in a relationship but, they are very happy and it seems like they will continue their relationship for a longer period of time. Ty Pennington also mentioned that he is together with Andrea Bock for the last 18 years and looks forward to marrying her in the coming days.

Who is Ty Pennington?

Ty Pennington is an American television host, artist, and carpenter who is immensely popular for being a host of a ‘Food Network’ which premiered in May 2015. He is mostly known for working as a host of ‘Extreme Makeover: Home Edition’ which was broadcast on ABC.

Ty Pennington was born to Yvonne Burton, a school psychologist in Atlanta, Georgia, United States of America, with the birth name of Gary Tygert Burton Pennington.

He was raised by his mother along with his brother Wynn because his mother was separated from his father when he was a kid. Also, he was given the family name Pennington from his stepfather who adopted him and his brother.

He and his brother grew up in his own hometown Marietta and attended Sprayberry High School in Marietta, Georgia. From the very early age of life, he was interested in working as a carpenter. He and his friends built a three-story wooden building which was highly acclaimed by his neighbors.

He also studied at Kennesaw State University and at Atlanta College of Art whereby, he completed a diploma in commercial art. Furthermore, he also obtained an honorary Doctorate of Humane Letters from Savannah College of Art and Design.

Ty Pennington initiated his career as a carpenter when he was at the age of 12 when he built a three-story wooden house with the help of his neighbor friends. But, during his last semester, he was motivated to pursue a career in modeling and made him a model who has traveled numerous places and worked for brands such as Diet Coke, Macy’s, and Bayer.

He got his breakthrough when he was a host for ‘Extreme Makeover: Home Edition’ which was aired on ABC in 2003. The show, ‘The Revolution’ which premiered on January 16, 2012, made him an important member in 2011. Thus, with the help of his talents and appearances, he is now of net worth of $12 million.

Ty Pennington was fired by ABC in 2006 due to certain events that took place in New Orleans. He was also arrested for DUI in 2007. He was fined, put on the alcohol education program, and also 36 months of probation.