Who is Tyger Drew-Honey Dating?

Tyger Drew-Honey is possibly single. No information about the mysterious girl of his life is revealed yet.

Tyger Drew-Honey dated Frankie Little whom he met on the reality show, Celebs Go Dating. Beautiful chemistry was seen between the couples in the show.

It was revealed that he wanted to have a baby with Frankie and they were serious about each other. There is no update about their further relationship status from 2018 whether they have split or are together. 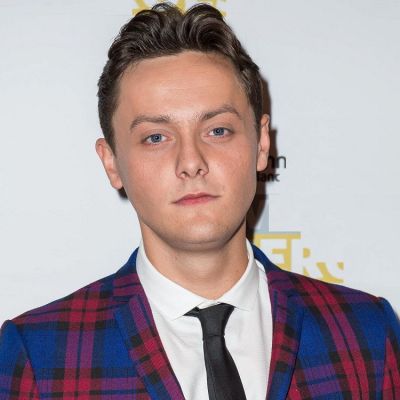 Tyger Drew-Honey is a British actor, musician, and television presenter.

He is well known for his portraying role of Jake Brockman in the British sitcom Outnumbered which aired five seasons from 2007 to 2014.

He also appeared in the British sitcom Cuckoo and in the movie, Horrid Herny: The Movie.

Tyger Drew-Honey was born in Epsom, Surrey, England on 26 January 1996. Drew-Honey is 26 years old as of 2022 and maintains British nationality. He is a Catholic and his ethnicity is English. As per the astrologers, he is Aquarius. Lindzi James Tyger Drew-Honey is his full birth name.

Ben Dover and Linzi Drew are his parents. Both of them are pornographic film stars. He attended Danes Hill School located in Oxshott and later enrolled in Epsom College.

Tyger Drew-Honey appeared as Jake Brockman in the English sitcom series, Outnumbered from 2007 to 2016. He also made appearances on The Armstrong and Miller Show and Doctors.

Between 2011 and 2011 he served as a co-presenter in the CBBC series, Friday Download. He portrayed the role of Mr.Lovett in The Ministry of Curious Stuff for CBBC and appeared as Dylan in the BBC Three sitcom titled, Cuckoo from 2012 to 2019.

Drew-Honey is also a voice actor who has made voiceovers for more than 200 television and radio shows like Dell and Red Bull. He gave the voice of Lester Larger, one of the roles in the animated series titled The Large Family.

He began to broadcast his self documentary series titled Tyger Takes On which aired on BBC Three. He made an appearance on the four-part series titled 24 Hours in the Past starring alongside five other known personalities.

He also appeared as a guest in Midsomer Murders, Death in Paradise, and Citizen Khan. He joined the E4 dating series, Celebs Go Dating in 2016. He also became co-presenter of The Calum McSwiggan Show in its 33 Episodes which aired on Fubar Radio.

With the appearances in many driving and car maintenance videos he played the role of Stuck-Up Steve in the movie, Horrid Henry: The Movie in 2011. In 2015, he also was cast in the movie titled, Up All Night.

To raise the funds for the BBC charity movement, Children in Need he covered “Theme From The Monkees along with his co-stars from Daniel Roche, Ramona Marquez, and Outnumbered.

The net worth of Tyger Drew-Honey is accumulated to be around 2 million USD. However, the actor’s salary and income are not revealed.

Tyger Drew-Honey seems to be confidential about his personal life. He has not been part of any rumors and controversies up to date.

Tyger Drew-Honey is 5 feet 10 inches tall weighing around 65 kg. As he has an amazing personality too, his complexion is fair with brown color hair and blue eyes.

Tyger Drew-Honey is present on the Instagram account @tygerdrewhoney with more than 52.5K followers while he has a Twitter account with over 141.3K followers. He has a Tiktok account which is enriched with around 1K followers but he has posted only one video in 2020.