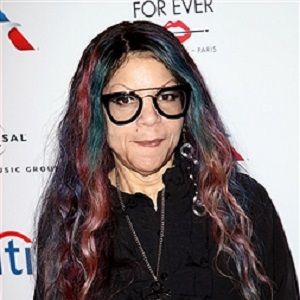 I love my brother. But I'm not a yo-yo. He can't just keep spinning me in and out of his life

I was the overweight kid who didn't have a boyfriend. I listened to other people say, 'You're ugly, you're fat, you're stupid,' and I believed it.

Apart from her career, Tyka is a married lady. She was married to Maurice Phillips. The couple has five children. Daughters Danielle Phillips, Crystal Phillips and Chelsea Phillips. Sons Sir Montece Laeil and President LenNard Laeil Nelson. Tyka didn’t share much of her relationship status with her fans.

Who is Tyka Nelson?

Tyka Nelson is an American singer. The album charted in 33rd place in 1988 on Billboard‘s Hot R&B/Hip-Hop Songs. She is also renowned for being the daughter of jazz musician John L. Nelson as well as the sister of Prince.

Tyka Nelson was born on May 18, 1960 in Minneapolis, Minnesota, USA. Her nationality is American and ethnicity is African-American.

She belongs from the family of a musician as her father was jazz musician John L. Nelson and her brother Prince was also a musician. Her mother’s name is Mattie Della Shaw, a jazz singer. Her family ancestry is centered in Louisiana and is of African-American descent. Tyka and her brother was encouraged by her father for their interest in music.

Tyka studied at the University of the Holy Spirit. There is not much information about her study or her childhood as she has kept everything in private.

Tyka Nelson released her first album Royal Blue in 1988 for which she was charted in 33rd position in Billboards Hot R&B/Hip-Hop Songs. Later she released her second album in 1992, named Moon Yellow, Red Sky under the banner of CMC International Records. In 2008 her third album A Brand New Me was released and in 2011 her album Hustler was released.

Tyka Nelson: Salary and Net Worth

Tyka was in controversies when it came in front that she battled an addiction to crack cocaine and prostituted herself to support her children. In 2003 she said it in an interview that she sold her body for food, money and pampers for her children.

Tyka was also in controversies after the death of her brother Prince, when in an interview she said that three years earlier prince called her and said, “I think I’ve done everything I’ve come to do”. She added, her dad and Prince always spoke in these types of riddles. He knew [he was going to die soon]. And he was preparing me. It’s very clear.

She has black hair color and her eye color is also black. There is no information about her height, weight, shoe size, dress size and other body measurements.