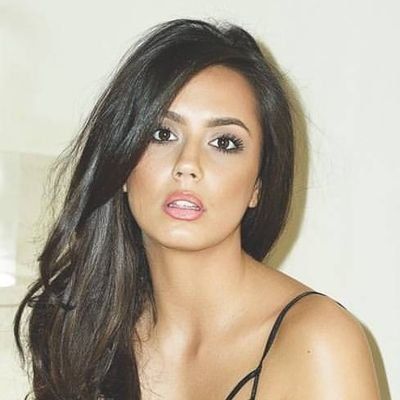 I am recently single, I've been super quiet because I'm really not sure what to say, it's an awful situation, but I will explain a few things in good time.

Tyla Carr is currently possibly single. She is also a mother of one child with Rossco Edmonds. Their son was born in Dec 2018 and they named him Archie Ray.

But unfortunately, Tyla and Rossco broke up in June 2019 i.e six months after their son’s birth.

This ex-couple relationship was only a year long. They first met in the year 2008 but got together when Tyla shot a calendar in 2017.

Tyla has been in several affairs. She was linked in 2017 with Mike Thalassitis and Jonny Mitchell in Love Island villa.

She has also been in a relationship with a married. However, this affair lasted for a short time as Tyla found out about his wife.

Who is Tyla Carr?

Tyla Carr is a British TV personality and a model. She came to fame after participating in a reality show Love Island Season 3.

She was born on Jan 29, 1993, in Surrey, England. Her ethnicity is British. She is the daughter of Johnny (Father) and Carrie (Mother). Mr. Johnny owns a club in London.

As for siblings, Tyla has a sister, Tasha.

Carr is a model by profession. Her TV appearance started in 2016 with a dating show First Dates.

Love island is a popular dating reality show which is aired on the ITV2 network. Its first season was telecasted on June 07, 2015. Till now, this show has 6 seasons and a total of 219 episodes.

It’s season 3 was premiered on June 5, 2017, till July 24, 2017. Carr appeared as a contestant from the 19th episode. Her first partner was Dom and then she was associated with Simon, Theo, and Mike.

However, on the 44th day, Tyla got dumped and she exits from the show. This season was won by Amber Davis and Kem Cetinay.

She has an estimated net worth of $500 thousand.

As per the reports, for her appearance in the Live Island show, she shopped for shoes, cosmetics and 38 bikinis which worth around £3,000.

Tyla has dark brown eyes and black hair. She has an hourglass body which she flaunted in Love Island show.

Her height and weight are average.

Tyla Carr has 83.6k followers on Twitter which she joined in April 2011. She is not active on Facebook but her fans have made fan page accounts.