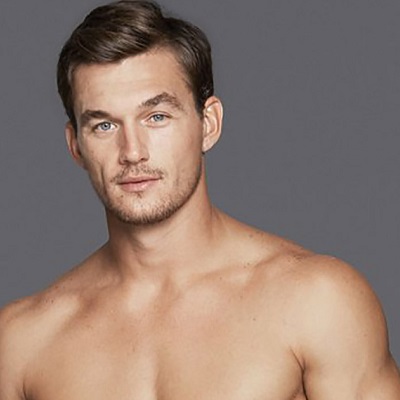 Tyler Cameron dated Hannah Brown after the finale of The Bachelorette when she admitted that she still had feelings for Cameron. They were pictured on dates but never made their relationship official.

He is currently dating supermodel Gigi Hadid and has been pictured together since August 2019. He and his girlfriend seem to be happy together and Hadid even invited him to her grandmother’s funeral. Hope, they will soon tie their knot.

Who is Tyler Cameron?

Tyler Cameron is an American model who is well known for competing in the fifteenth season of reality TV Series ‘The Bachelorette’.

He was born on January 31, 1993, in Jupiter, Florida, USA. Tyler was born to mother Andrea Cameron and father Jeff Cameron. He was born as Tyler Joseph Cameron. He has two siblings- both brothers.

He joined Jupiter High School, graduating in 2011. Tyler Cameron had 26 college football scholarships and enrolled at Wake Forest University in January 2012. But he transferred to Florida Atlantic University in 2014, graduating in 2016. Instead of pursuing a career in football, he continued with his academic career and graduated in 2018 with an MBA.

He missed all of the spring practice after undergoing shoulder surgery while he was at Wake Forest University, Cameron and resumed playing in the 2013 season. Tyler began playing for the college football team as wide receiver after transferring to Florida Atlantic University in 2014 and eventually was made the captain of the Florida Atlantic Owls.

He started working as a building contractor after completing a master’s degree in 2016. But when a random guy reached out to him on Instagram and advised him to try his hands at modeling, he decided to give it a go.

Tyler Cameron sent some of his pictures to this stranger, who sent the pictures to agencies in Miami. Cameron was accepted in the interviews and began working as a model.

He is signed to Next Model Management in Miami and has worked with a wide range of brands, posing as an underwear model.

Tyler Cameron’s TV break came when he competed in The Bachelorette, trying to win Bachelorette Hannah Brown’s heart. He made all the way to the final two but was sent home after Brown accepted finalist Jed Wyatt’s proposal.

He has an estimated net worth of around $450k and he has earned that sum of money from her professional career.

There was a rumor regarding the relationship between Tyler and Gigi Hadid and the rumor ended after they announced their relationship publicly. In addition, previously, he was rumored to have a brief affair with social media influencer Violet Benson.

He has a height of 6 ft. 2 inches and weighs 82 kg. Also, he has dark brown eyes and dark brown hair.