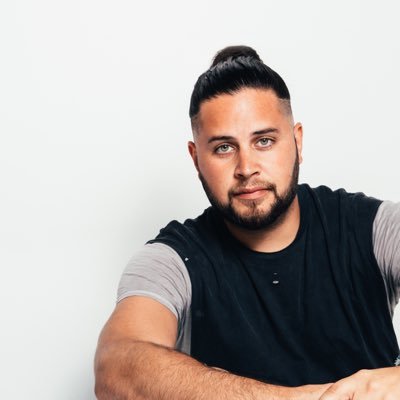 Tyler Filmore is currently in a serious relationship. He is engaged to Paige Korte. The couple has been in a relationship for over three years. They first met at a Tin Roof restaurant in Columbia, South Carolina and were in a long-distance relationship for around a year before she moved to Nashville where the couple now lives together with their two dogs, Wrangler and Nala.

On Memorial Day Weekend 2020, Fillmore proposed to his girlfriend. He released the proposal video on his Youtube channel. He bent the knee in front of the love of his life and said these beautiful words,

“Paige, I loved you ever since the moment I met you. I knew I was going to spend forever with you. I had written this down a million times but it’s completely lost on me at the moment. I can’t imagine spending my life with anybody else other than you. You’re the most special human, beautiful inside and out that I’ve ever met. If the last three years were any sign of the rest of my life, I can’t wait to spend it with you. Will you make me the happiest man in the world?” She accepted and the couple are now engaged.

Who is Tyler Filmore?

Tyler Filmore is an American singer-songwriter. He earned fame in 2018 with his breakthrough single, ’Slower’.

Tyler Filmore was born in Wildwood, Missouri, United States of America. Very little is known about his family background and early life. There is no information about his parents. Similarly, he has not revealed anything about his siblings and other family members. Furthermore, he has not revealed his date of birth which is why there is no information about his age either. According to ‘People.com‘, his age is 31 as of June 2020. He spent his childhood days in Missouri. Later, he moved to Nashville where he is still living now.

Talking about his educational background, he went to the University of Missouri. He graduated from there.

Tyler Filmore is a Nashville-based artist who is famous for his way of blending pop and electronic elements with his earnest country songwriting. He rose to fame in early 2018 with his breakthrough single, ‘Slower’ which is a summer jam that later earned comparisons to the country-pop of Sam Hunt.

During his days in Wildwood, Missouri, Tyler was active in choirs and local groups before joining the University of Missouri where he formed his first band, which was also titled, ‘Filmore’. The band became popular on the regional college circuit and even recorded a couple of albums. In 2011, he moved to Nashville and made a go of it as a solo artist. He began writing songs from a country platform that added strong electronic and pop elements into the mix.

In 2015, under his surname, Filmore, he released a three-song EP. The EP landed a hit with the track, ‘Headlights’, which also appeared on his 2016 album, ‘Proof’.

His popularity grew with the release of his album and he returned in 2017 with the smooth country-pop track, ‘You Know You Wanna’. This was quickly followed in early 2018 by the breakout single, ‘Slower’. The song became an instant hit and is his biggest hit to date. It is a banjo-led summer anthem with plenty of mainstream pop appeal. In no time, the song notched millions of streams.

His follow-up single, ‘Love That About You’ also took a similar approach and also did well commercially. He followed his success with more songs the next year including “Livin Easy” and “Heart’s Having a Hard Time”.

Tyler has black hair and green eyes. There is no information about his height and weight.

Tyler Filmore has an estimated net worth in the region of $100k – $1 million according to online sources. There is no information about his annual salary. On average, an American singer-songwriter makes around $44k a year.

Filmore has not been involved in any controversies. He has been able to keep himself away from any type of controversy and scandal. So far, he has not done anything controversial in his career.  Similarly, there are no rumors about him of any kind.

You may also like to read the Bio, Career, Body Measurements, Net Worth, Social Media, Relationships, and more about Tyler Motte, Nate Thompson, Alex DeBrincat, and more.

Who is Paige Korte? 5 cool facts related to her life and relationship with rising country singer Tyler Filmore!