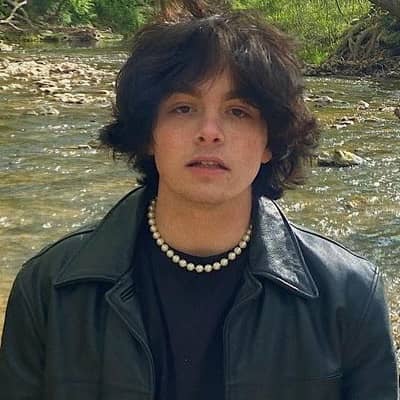 What is the relationship of Tyler Funke?

Tyler Funke currently appears to be single at the moment. He hasn’t yet introduced anyone as his girlfriend or lover. It seems he is currently more focused on his career rather than being in a romantic relationship.

In further days, if he revealed anything about his love life then we will update it.

Who is Tyler Funke?

Tyler Funke is renowned as a social media personality. Mostly, he is best known as a TikTok star who rose to prominence for his lip-sync videos and dance videos. He has also his own self-titled YouTube channel where he uploads his comedy reaction videos.

Tyler was born in Pennsylvania, the USA on the 30th of August 2001. At present, he is 19 years old and his zodiac sign is Virgo.

Tyler hasn’t yet disclosed his parent’s identity in the media. It is known that he has a younger sister whose name is also unknown. Also, his academic details are unknown at the moment however, he graduated from high school in the year 2019.

Talking about nationality, he holds American citizenship and belongs to the Caucasian ethnicity.

Tyler started emerging the popularity through his first comedy video duet with fellow TikTok star Jason Waud on the Tiktok account. After then, he started gaining attention from the public. Also, he has collaborated with serval TikTok stars such as Brain Faltin, Caleb Finn, Punker_irl, and more.

He started a series called ‘Licky Blicky’ where he featured 6IX9INE’s song “TATI” in a number of his most popular videos. As of now, his account has amassed nearly 2.1m followers with over 138.4m likes. Also, his account is already verified. Furthermore, he shares content like reaction videos, dancing videos, vlogs, funny clips, and so on.

Tyler has a self-titled YouTube channel that was created in the year 2019. On March 16, 2019, he uploads his first YouTube video titled “Reacting to your TikTok duets” which has garnered more than 42k views to date with over 2.9k likes. Since then, he has uploaded 79 videos till now. Most of his YouTube videos are reaction videos on his activities on Omegle such as ”I asked for peoples secrets on Omegle’, I searched for furries on Omegle, Rock paper & scissors on Omegle, ‘I celebrated my birthday on Omegle’ and more.

Besides, he is also a singer and has released his music video on his YouTube channel on December 31, 2019. The video has received more than 199k views to date with over 17k likes.

To date, Tyler hasn’t been involved in any sorts of rumors and disputes that create a huge buzz in the media. Also, he stays miles away from such controversial acts that could hamper his personal and professional life.

Tyler might have accumulated a fair amount of fortune from his profession. In addition, he endorses various brands and collaborates with various influencers. However, he has not yet revealed his actual salary and other assets. As per 2022’s data, he has an estimated net worth of $100k.

Tyler stands at a height of 5 feet 4 inches tall and his weight is about 62 kg. He has shoulder-length long hair with dark brown hair color. Likewise, he has dark brown pair of eyes. He has a fair complexion.

Moreover, he has several tattoos on his body. In one of his hands, he has inked dragon x snake. Similarly, he has an inked smiley face, golf le fleur, and on his left leg, he inked shell Silverstein characters.

Besides Tiktok and YouTube, Tyler is active on Instagram with more than 368k followers and on Twitter with over 40.7k followers. Also, he is available on Spotify and Twitch. However, he is not active on Facebook.