Updated On January 30, 2023 | Published By: MarriedBioraphy
Share this
Divorce 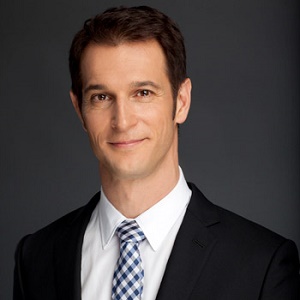 What is the relationship of Tyler Harcott?

Tyler Harcott met American television host and interior designer Genevieve Gorder in 2003 on the TV show “A Dating Story”. They began dating the same year and got married in 2006.

They had a daughter together, but they divorced in 2013. Their daughter, Bebelle, has stayed with Gorder after the divorce.

Since 2015, Tyler is rumored to be dating American actress Heather Graham.

Who is Tyler Harcott?

Tyler Harcott is a Canadian actor, producer, and television personality. He is best known for hosting Junkyard Wars and Miss America: Countdown to the Crown, as well as his many television roles including The Bachelor Canada and Honey, I Shrunk the Kids: The TV Show.

Tyler Harcott was born in 1972 in Edmonton, the capital of Alberta, Canada. His nationality is Canadian and his ethnicity is Caucasian.

He was born to Canadian parents. There is no further information about his family background of Tyler.

In which school did Tyler Harcott attend?

He spent most of his childhood in Alberta and attended school in Calgary, Alberta. He was interested in the entertainment industry since his teen years and started his career locally at a radio station.

Tyler Harcott embarked on his career in the entertainment field as a radio jockey for a local radio station in Red Deer, Alberta. He has stated that he fell into TV by accident. While visiting a friend in Hong Kong, he met someone who thought his voice sounded familiar and asked him if he had done voice-over work.

He lied and said that he had. He was inspired by this incident to try doing television hosting in addition to acting.

In 1999, he appeared in an episode of Honey, I Shrunk the Kids: The TV Show. In 2004, he starred in The Complex: Malibu, a television show he also produced.

He has also hosted the US version of Junkyard Wars from Season 2 to season 5, and Miss America: Countdown to the Crown for its 4 seasons (2009-2013). In 2012, he was announced as the host of The Bachelor Canada, a Canadian reality television series.

Over his career spanning 2 decades, Tyler has had 14 roles as a television host and earned several more acting credits.

He has accumulated a net worth of‎ $1.2 million as of 2023. But there is no information regarding his salary.

Is Tyler Harcott involved in any rumors and controversies?

After his divorce with his wife of 7 years Genevieve Gorder, there were a lot of rumors circulating about the cause of the split.  According to some reports, Genevieve Gorder was rumored to have been in an affair with HGTV co-star David Bromstad.

Both Gorder and Bromstad have said that the rumors are false and that they are just good friends.

Tyler is rumored to be in a relationship with renowned American actress Heather Graham, as they have been seen together a lot of times.

Tyler Harcott is 6 feet 4 inches tall. His weight is not known. His hair is brown while the eye color is light brown.