Updated On January 18, 2022
Share this
Wish Happy Birthday
In Relation 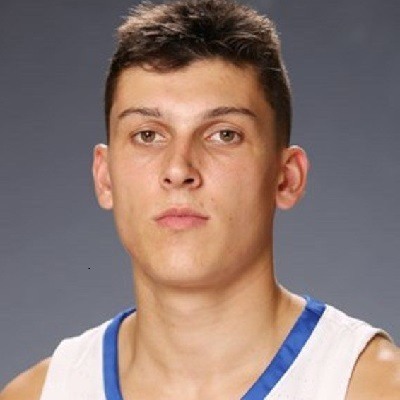 Tyler Herro is currently in a relationship with the model, Katya Elise Henry. The couple starting seeing each other in the COVID-19 isolation time period. They first met with each other via Twitter. After that, their relationship started to blossom within the time period.

Later, the model also shared some pictures on a boat through Instagram that went viral. Also, their TikTok video on Twitter also went viral too.

Despite such posts, there were rumors that the couple has broke up with each other. However, the bubbles of the rumors burst when she tagged Herro in her stories celebrating Miami Heat’s victory.

Who is Tyler Herro?

Tyler Herro is a rising professional NBA player. He is renowned for his playing style as a shooting guard.

Currently, he plays for the professional basketball team, Miami Heat.

His mother, Jennifer is a watercolor artist. He happens to be the eldest child to his parents. He has two younger brothers; Austin and Myles.

He completed his High School education from the Whitnall High School in Greenfield, Wisconsin. Later, he joined Kentucky University in 2018.

Tyler Herro came in limelight during his High School days. In the senior year, he completed the season with 32.9 points, 7.4 rebounds, 3,6 assists, and 3.3 steals per game. During High Schooldays, he made over 2000 points. The same year, he even named to First Team All-State.

Due to his brilliant performance in High School, he received offers from various universities including The University of Wisconsin-Madison, Depaul University, Marquette University, and Arizona State University.

During junior year, he was commented to the University of Wisconsin – Madison program. Later, he de-committed from the university in the senior year. Moving forward, he was recruited by Kansas University. Eventually, on the 14th of November 2017, he decided to play for Kentucky.

In 2018, he played 37 games for the Kentuck Wildcats. He completed the season with 14.0 points, 4.5 rebounds, and 2.5 assists. The following year, he scored the collegiate career-high with 29 points against Arkansas Razorbacks. On the 12th of April 2019, he announced that he will be going for the 2019 NBA draft.

In June 2019, Miami Heat selected him at the 2019 NBA draft. The same year, he was voted as the best shooter by his fellow rookies. Later, on the 23rd of October 2019, he made his NBA debut against The Memphis Grizzlies. In the game, he scored 14 points along with 8 rebounds, 2 steals, and an assist.

Moving forward, on the 12th of August 2020, he played against Oklahoma City Thunder and scored his career-high, 30 pints. Miami Heat won the game with 116-115 points.

As of now, he is named as the 1st player NBA history born in the 2000s to appear in an NBA conference Final.

Besides that, his previous earnings as a college basketball player range from $36k to $45k.

Tyler Herro has brown eyes with brunette hair. He stands at a height of 6 feet 5 inches and weighs around 88 kg.

Talking about his appearance, he has a charming persona with an oval-shaped facial structure. Also, he prefers to be clean-shaven.

Till the date, he has not been part of any sort of controversy and scandals that created a buzz in the media. Besides that, he has managed a distance from any type of rumors too.

On Instagram, he is following the personalities like JJ Redick, Tim Hardaway Jr., and Kyle J Guy.

You may also read the bio of Tony Bennett, Jada Crawley, and Willie Geist.