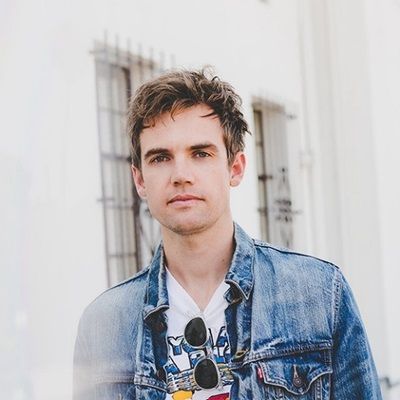 I have come to terms with the fact that it's called pop music - that's what I play, and that is what I write. I think it is a pretty broad category

I base my roots and history in old blues, old country and old bluegrass, and I like rock 'n' roll, and somehow it all came together, and that is what I am playing now

I was a good student. My mom is a teacher, and her side of the family is all teachers. She put a big emphasis on getting good grades.

Tyler Hilton is in a married relationship. He is married to an actress Megan Park on Oct 10, 2015. Their engagement was held in Dec 2013.

Recently, in 2020, this couple welcomed a daughter named Winnie Hilton.

Who is Tyler Hilton?

Tyler Hilton is an American singer, songwriter, plus actor. He is known for music videos like When It Comes, How Love Should Be, and You’ll Ask for Me.

He is related to Indie rock and folk music genres.

He was born as Tyler James Hilton on 22 Nov 1983 in Palm Springs, California, United States.

His mother is Kristy (née Herren) Hilton and his father is Robert George Hilton.

Regarding siblings, Tyler Hilton has a sister, Brittany Hilton. They both were raised in Bermuda Dunes, California.

He holds a mixed ethnicity of English, German, Polish, Slovak.

Talking about his educational background, he attended La Quinta High School and graduated in 2002.

Tyler Hilton is a very popular singer and actor. His debut album Tyler Hilton was released in 2000. His second album was The Tracks of came out in 2004.

He has also released his EP’s like Better on Beachwood in 2009 and Ladies & Gentlemen in 2010.

This actor plus singer is doing great in his personal and professional life. He has not been with any kind of controversies or rumors.

Talking about earnings, this singer has an estimated net worth is $1.5 million.

According to the sources, an American singer’s average salary ranges from $30k-$55k US per year.

Talking about Tyler Hilton’s body features, he has brown eyes and blonde hair. He has a height of 6 feet 2 inches and a weight of 78 kg.