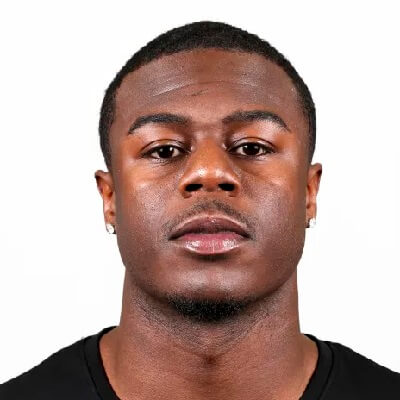 Tyler Johnson is currently single. He is very private regarding his personal life and has not revealed any of his past relationships and affairs.

Who is Tyler Johnson?

Tyler Johnson is an American professional football player. He plays as the wide receiver for the Tampa Bay Buccaneers of the NFL.

Tyler Johnson was born on August 25, 1998, in Minneapolis, Minnesota, USA. As of 2020, his age is 21. There is very less information about his early life and family background.

He has not revealed anything about his parents. His father wished him a Happy 21st Birthday with some old pictures and the post went viral. His Twitter account name is ‘ThatGuyTY’.

Moreover, there is no information about her siblings and other family members. Johnson spent his childhood days in Minnesota.

Talking about his educational background, Johnson went to North Community High School in Minneapolis, Minnesota. Following that, he joined the University of Minnesota to play college football.

Tyler Johnson grabbed the headlines when he played college football for the University of Minnesota. In his freshman year in 2016, he played in all 13 games and had 14 receptions for 141 yards and 1 touchdown. In his sophomore year, he started in the first ten games of the season before suffering from an unfortunate injury costing him the last two games. Johnson finished the season with 35 catches for 677 yards and 7 touchdowns.

In 2018, his junior year, Tyler started all 13 games and recorded 78 receptions for 1,169 yards and 12 touchdowns. The media voted him the 1st team All-Big Ten and the coaches voted him in the 2nd. He then decided to return to play in his senior season rather than entering the NFL Draft.

Johnson broke records in his senior year with 86 passes for 1,318 yards and 13 touchdowns. All of these made it to the single-season school records. These were enough to earn him 1st team All-Big Ten honors. He capped the season with a 12 reception, 204 yard, 2 touchdown performance, and was named the 2020 Outback Bowl MVP.

Johnson left Minnesota as one of its best players. He is 2nd all-time in receptions, with 213 and the leader in both receiving yards, with 3,305, and receiving touchdowns, with 33.

The Tampa Bay Buccaneers selected him in the fifth round of the 2020 NFL draft with the 161st pick.

Tyler Johnson has an estimated net worth of around $1 million – $5 million. His main source of income is football. As a Buccaneer player, he earns around $610k per year.

Johnson stands at a height of 6 feet 2 inches. He weighs around 93 kg. His hair color is black and his eyes are dark brown in color.

Tyler has not been involved in any controversies. He has been able to keep himself away from any type of controversy and scandal. So far, he has not done anything controversial in his career. Similarly, there are no rumors about him of any kind.