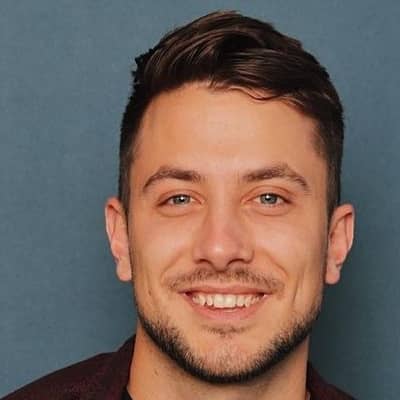 Tyler Seavey is not married yet and neither seems in any love affairs. He keeps a low profile when it comes to his private life.

As of now, he is possibly single. In further days, if he revealed anything about his love life then we will update it.

Who is Tyler Seavey?

Tyler Seavey is an Instagram star who is best known as the brother of a pop star, Daniel Seavey. Daniel is one of the five band members of the band, ‘Why Don’t We.’

Besides, he served as the road manager for his little brother’s band Why Don’t We.

Tyler was born on September 5, 1994, in the city of Vancouver in Washington in the United States. He holds an American nationality and is of Caucasian descent.

The name of his parents is Jeffrey Seavey and Keri Seavey. His father worked as a pastor at Living Water Community Church. However, his parents are not together as of now. They ended their marriage in 2020 after 27 years together.

Tyler is the eldest one among the four children of his parents. His siblings are Christian Seavey, Daniel Seavey, and Anna Grace Seavey. His brother, Daniel is a prominent figure in the media and one of the hottest growing pop singers at the moment.

Moving towards his academic history, he received a bachelor’s degree in business marketing and business management from Eastern Washington University in 2017.

During Tyler’s college year, he was a member of the Phi Delta Theta Fraternity. He served as chairman for the fraternity in Cheney, Washington from November 2014 to November 2016.

He managed the social media accounts and organizing events of the fraternity and apparently played a vital role in the increase of its active member from 36 to 64. In the final year of college, Seavey became the Phikeia Educator for the fraternity and served as a coordinator.

In addition, he also became at the forefront of the fraternity’s campaign to raise money for the national competition of Amyotrophic Lateral Sclerosis. Afterward, he started working for Crowd Surf as a takedown team member in 2017 located in the Grayer Nashville Area, Tennessee.

In late 2017, he joined the pop group ‘Why Don’t We’ as the road manager. The group consists of five singers including Jack Avery, Corbyn Besson, Zach Herron, Jonah Marais, and his little brother, Daniel Tyler.

At present, he is a co-host of the podcast show Fresh Brews alongside his mother, Keri Seavey, and a partner with Go Country 105. The show aired every Wednesday on all podcasts like Apple, Spotify, and the Go Country 105 website.

To date, Tyler has not been part of any rumors and disputes that could hamper his personal life and professional life. Also, he stays miles distance away from such a controversial act.

Tyler has made an impressive earning through his profession. As of 2021, he has an estimated net worth in the range of $1 million to $5 million. However, his exact salary and yearly income are still under review.

Seavey has a decent height with average weight but the exact figure of his body measurement is still under review. He has an attractive blue pair of eyes with brown hair color.

Tyler is active on Instagram under the user name @tylercv where he has over 172k followers. He has more than 109.6k followers on his Twitter account.

Similarly, he has nearly 287 friends on his Facebook account. He is also active on Tiktok and he has only posted four videos to date. Despite four videos, he has more than 4k followers and 11.3k likes on his Tiktok account.